Sending unsolicited lewd images to someone, or “cyber flashing,” is now illegal in the state of New Hampshire.

House Bill 1388 prohibits sending an unsolicited image “of himself or herself fornicating, exposing his or her genitals, or performing any other act of gross lewdness, when the recipient does not consent to receipt of the image.”

The law went into effect on New Year’s Day.

This means that sending an unsolicited d-ck pic will now be treated as a misdemeanor — the same as if you flashed someone in public.

The law states explicitly that it applies to images being sent to people over the age of 16, as it is already a felony to send that type of content to children under 16.

According to a Pew Research study from 2017, “roughly half (53%) of young women ages 18 to 29 say that someone has sent them explicit images they did not ask for. For many women, online harassment leaves a strong impression: 35% of women who have experienced any type of online harassment describe their most recent incident as either extremely or very upsetting, about twice the share among men (16%).”

Texas made cyber flashing a crime in 2019 and legislation to do the same has been introduced in California.

“Consent is a big part, whether it’s in person or not in person, and making sure of the idea of respecting other people’s bodily autonomy and the idea of ‘my body belongs to me,’ ” Murphy said. “The idea of sending naked images of yourself has been normalized by adults. For pre-teens and teens, they almost think it’s like flirting even though it’s definitely not flirting.”

Murphy intends to educate New Hampshire students on the new laws, and what to do if they are cyber flashed.

“When I talk to students about harassment and bullying, most of that happens through social media and cyber stuff,” Murphy said. “So much of it is online, we need to make sure we have laws reflecting what the kids are mostly encountering nowadays.” 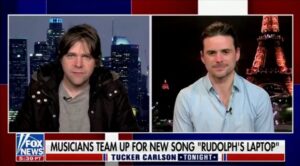