'We love Fetterman ... He’s going to let us all out of prison,' said an orange jumpsuit-clad protestor. 'That’s exactly what we want.'

A rally for U.S. Senate hopeful John Fetterman in Bristol, Pennsylvania on Oct. 9 was met with a satirical protest from a dozen or so constituents calling themselves “Inmates for Fetterman.”

“We love Fetterman, he’s our hero,” said one protestor wearing an orange jumpsuit and holding a sign that read “Felons for Fetterman.”

He continued: “He’s going to let us all out of prison, he’s going to make all the fentanyl and the hard drugs legal, and we can live in our sanctuary cities and commit crimes and not have to be accountable for it. That’s exactly what we want.”

In response to the question about voters who believe people should let people out of prison for lower level crimes, the protestor said, “I think they’re smoking crack — which should be legal, by the way.”

Several of Fetterman’s supporters who attended the rally spoke at length about their reasons for voting against the current Lieutenant Governor’s opponent, Dr. Mehmet Oz.

“He’s way out of touch with the average person,” said one man. “He is from New Jersey. So there’s no reason that he would really want to help Pennsylvania. I look at this as … a publicity stunt for him, quite frankly. I don’t think he’s interested in Pennsylvania.”

Timcast spoke with protestors and supporters about the criticisms aimed at each candidate and whether or not they are suited for public office. 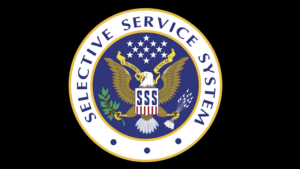 US Selective Service Reminds All Men 18-25 to Register