US Selective Service Reminds All Men 18-25 to Register

On Friday, the United States Selective Service System (SSS) posted a reminder for all American males between ages 18 and 25 to register with the agency.

SSS appeared to reiterate that all men within the age range were required to register regardless of a male’s family lineage.

“Parents, if your son is an only son and the last male in your family to carry the family name, he is still required to register with SSS. Learn more about who needs to register at [SSS.Gov],” the agency posted on Twitter.

Parents, if your son is an only son and the last male in your family to carry the family name, he is still required to register with SSS. Learn more about who needs to register at https://t.co/GYbRK99c09. pic.twitter.com/tzW6uKkyl5

“My son’s are suddenly my daughters,” said one user.

“For the purpose of SSS my son will identify as a girl starting with his 18th birthday. Checkmate fascist,” another tweeted.

“Man I wish men and woman had equal protections under the law,” said another user pointing out SSS’ policy on transgender people, which says all biological men — regardless of preferred gender identity — within the age range must register with SSS. However, women, including those who identify as transgender men, are not required to register

Man i wish men and women had equal protection under the law. https://t.co/FO0qQpjvt5 pic.twitter.com/snrXVzfwU2

“Our country is extremely grateful for the brave women who have volunteered to serve our country with and alongside our fighting forces,” said Senator Josh Hawley in a statement. “But volunteering for military service is not the same as being forced into it, and no woman should be compelled to do so.”

On Sept. 21 2021, President Biden appeared to disagree with the NDAA’s removal of the provision. “The administration supports section 513 and the registration requirement for all citizens, which further ensures a military selective system that is fair and just,” said Biden in a statement. “However, the Administration opposes the removal in subsection (f) of Federal incentives for registration, which must remain to achieve an equitable system that can be implemented effectively.”

Created in 1917 following the declaration of war against Germany, the Selective Service System exists within the Executive branch of the United States Federal Government as an independent agency designed to conscript men for military service during an emergency. 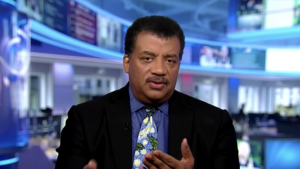