“We need to start looking at the choice to remain unvaccinated the same as we look at driving while intoxicated,” said Wen. “You have the option to not get vaccinated if you want, but then you can’t go out in public, because when you go out in public you have the potential of infecting other people with a potentially deadly disease.”

“Just like you can choose to drink in private if you want, but if you get behind the wheel of a car and can endanger other people, there is an obligation by society to prevent you from doing that,” she added.

“What President Biden did today was exactly right,” concluded the doctor.

Remaining unvaccinated & going out in public is equivalent to driving under the influence. You want to be intoxicated? That’s your choice, but if you want to drive a car, that endangers others. No one should have the “choice” to infect others with a potentially deadly disease. pic.twitter.com/a4itLS2upX

“My job as president is to protect all Americans,” he said. “So tonight, I’m announcing that the Department of Labor is developing an emergency rule to require all employers with 100 or more employees that together employ over 80 million workers to ensure their work forces are fully vaccinated or show a negative test at least once a week.”

“Some of the biggest companies are already requiring this: United Airlines, Disney, Tyson Foods and even Fox News. The bottom line: We’re going to protect vaccinated workers from unvaccinated co-workers. We’re going to reduce the spread of Covid-19 by increasing the share of the work force that is vaccinated in businesses all across America,” he added. 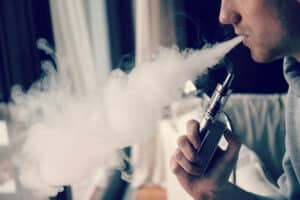