A federal judge gave the FDA until Sept. 9 to act on the million applications it was reviewing

The Food and Drug Administration (FDA) announced Thursday that it has issued marketing denial orders for over 940,000 vaping products.

Vape products have to submit a Premarket Tobacco Product Application, or PMTA, to the government. The FDA reviews and approves each application.

During its announcement, the agency cited concerns that the products could encourage nicotine usage in teens.

“Virtually all e-cigarette products contain nicotine, some in high levels — including Juul’s 5% pods, each of which contains as much nicotine as an entire pack of cigarettes. Nicotine also affects prenatal and adolescent brain development, making it dangerous for both teenagers and pregnant [women] to vape,” per NPR.

Those in the industry have known for years that the FDA was considering regulations. Anti-tobacco groups sued the FDA to force them to speed up their review. In 2019, a federal judge ordered manufacturers to submit their applications to the FDA. The agency had one year to review the application. During that time, the products were allowed to stay on the market.

Over 6.5 million products from 500 were included in the FDA’s review. The products varied, including anything from rechargeable vape pens to the liquids that fill them to disposable e-cigarettes. At least 4.5 million were rejected immediately because they did not include key information.

ABC News notes that the FDA “is still reviewing a smaller number of applications for other non-traditional tobacco products like hookahs, pipes and mini cigars. Those products weren’t covered by the original 2009 law that first gave the FDA authority to oversee some parts of the industry, including the review of new products.”

Actions have not been brought against popular brand Juul, which accounts for 40% of all e-cigarettes.

In a statement, a company spokesman for Juul Labs said “We respect the central role of the FDA and the required thorough science- and evidence-based review of our applications, which is key to advancing harm reduction and earning a license to operate … We remain committed to transitioning adult smokers away from combustible cigarettes while combating underage use.”

Last month, the FDA denied 55,000 flavored vape products from three companies, including Apple Crumble and Cinnamon Toast Cereal. The agency believes these flavors are designed to entice underaged users. The companies were ordered to withdraw their products from stores.

To stay on the market, companies needed to prove their products benefited public health. For many adults, vaping was a safer alternative to cigarettes and could aid those trying to reduce or quit smoking.

Currently, the vaping industry in America is valued at $4 billion. While the industry has existed for over a decade, Juul’s cartridges gained national popularity in 2018 due to their fruit flavors and high nicotine content.

The FDA has not indicated when it will rule on Juul and other major manufacturers who were not included in their announcement. 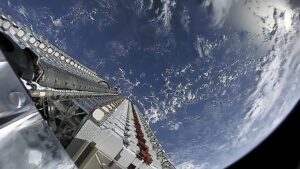 SpaceX to Increase Starlink Production Due to Growing Customer Demand