Health insurers in Washington will be required to cover gender-affirming health care starting on Jan. 1.

The state senate passed the bill, otherwise known as the Gender Affirming Treatment Act, in a 30-17 vote.

The bill was sponsored by State Senator Marko Liias, who described it as a step toward health equity in the state.

“There is still one remaining area of profound discrimination in our health care system, which is the care that our transgender Washingtonians need,” said Liias in a statement. “Gender confirmation treatment is medically necessary for many in our transgender community, but they are not able to access this treatment because it is considered cosmetic by many health plans. The goal is to ensure every Washingtonian has access to medically necessary care that allows them to lead healthy, productive lives.”

“I am proud that our state is sort of standing up to this hysteria sweeping the country of intolerance and hatred of trans people,” Liias told The Columbian in May.

“The law also requires that a health care provider with experience in gender-affirming treatment review and confirm the appropriateness of any denial of or limited access to gender-affirming services,” per Just The News.

On Dec. 28, Insurance Commissioner Mike Kreidler said via a press release, “Advocates told us over and over again that gender-affirming treatment saves lives. As the insurance regulator, I take seriously my duty to make sure laws and rules around insurance coverage are as inclusive as we intend them to be and insurers aren’t able to issue blanket denials based on inadvertent loopholes in the law.”

Kreidler’s office said the law clarifies several aspects of existing laws that were previously used by insurers to “deny coverage in a way that subverted the intent of the law.”

Sarah Davenport-Smith, a lobbyist for the Family Policy Institute of Washington, expressed her organization’s s concerns about the bill while appearing before the House Health Care and Wellness Committee in March.

“We would really urge the committee to consider an age limit on any gender-affirming treatments,” Davenport-Smith. “There is no age-appropriate way to explain what losing their fertility and full sexual function may mean to them in later years.”

Following a recommendation from the American Medical Association (AMA), the law does not include any age restrictions. 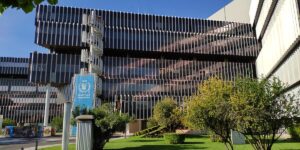