'They were our biggest distributor,' said Lindell

Walmart will no longer sell products from MyPillow in its store.

The company’s founder, Mike Lindell, posted a series of livestreamed videos on Facebook announcing the news and accusing the company of participating in cancel culture.

A spokesperson for the retailer confirmed to The Hill that Lindell’s products would be removed from stores.

“While we are no longer carrying them in stores, MyPillow products continue to be available on Walmart.com,” the spokesperson said.

During a subsequent appearance on Steve Bannon’s The War Room, Lindell estimated his company could lose $10 million.

“It really hurt my employees because they were our biggest distributor,” Lindell told Bannon. “They were by far and away number one.”

Lindell said a Walmart executive told him the decision to stop carrying his products in-store stemmed from their alleged low ratings.

“All the sudden, he goes, ‘We’re not ever having MyPillow again.’ He said, ‘You don’t make the rating of a four. I go, ‘What rating system?’ I go, ‘What are you talking about?’” Lindell said during the interview.

Lindell is an open conservative and a vocal supporter of President Donald Trump. He served as the Trump campaign’s Minnesota Chairman and offered a discount code – “FightForTrump” – on MyPillow products after the 2020 election.

He said he doubted all of the voting resulting in Minnesota, according to The SC Times.

According to The Hill, “Lindell has repeatedly shared false allegations of voter fraud about the 2020 presidential election and has been sued by multiple voting systems companies for defamation over his claims.”

Dominion Voting Systems ultimately sued Lindell for defamation and $1.3 billion in damages. The company claimed Lindell used the voter fraud sales to help advertise his business and increase his sales.

“Dominion brings this action to vindicate the company’s rights, to recover damages, to seek a narrowly tailored injunction, to stand up for itself and its employees, and to stop Lindell and MyPillow from further profiting at Dominion’s expense,” the lawsuit states.

MyPillow products have been removed from more than 20 retailers including Sam’s Club, Kohl’s and Bed, Bath & Beyond. Lindell told Business Insider that the company lost more than $65 million in revenue as a result. 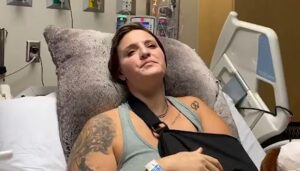