A Seattle Black Lives Matter protester that was run over while blocking traffic has filed a lawsuit against the city, state of Washington, and the alleged driver of the vehicle.

Diaz Love was one of two protesters who were allegedly hit by Dawit Kelete while blocking Interstate 5 on July 4, 2020.

Love suffered a traumatic brain injury as well as other wounds, the other person, Summer Taylor, did not survive.

In the lawsuit filed in King County Superior Court, Love claims that Kelete was driving negligently and that the city and state failed to adequately protect the protesters as they took over the highway.

According to a report from the Seattle Times, the suit additionally claims that “the agencies failed to reinstate a policy banning pedestrians from obstructing freeways during protests and wrongly prohibited and removed protesters’ support vehicles, which are sometimes used as protective barricades.”

Love claims that the police did not effectively communicate with the protesters or warn drivers that they were demonstrating in the roadway.

Police had warned protesters to stay off of the highway prior to the incident.

Kelete was arrested for driving the wrong way down the road and taking an off-ramp on to the highway, striking the protesters. Both Love and Taylor were thrown into the air during the incident.

The driver said that he was struggling with addiction a substance “similar to crystal methamphetamine” was found in his car. However, the charging documents say that a WSP drug-recognition expert found that he did not appear to be under the influence at the time of his arrest.

Nine days after the incident, Taylor’s family and several protesters filed a lawsuit against the city of Seattle, King County and Washington state. They claimed there was “excessive force by police or failure to secure the safety of peaceful protesters,” according to the Times report.

In an interview posted to YouTube, Love said that she had traveled to Seattle from Portland to be part of the Capitol Hill Occupied Protest (CHOP) demonstration, during which Antifa activists and Black Lives Matter supporters took over an area of the city. It was dismantled by police after a number of violent incidents.

“I had already told myself that if Portland wasn’t ready to occupy, then I’m going back to Seattle because I think occupying is the next strategic move in the Black Lives Matter conversation and what we do,” Love told Converge Media from her hospital bed at Harborview Medical Center a few weeks after the incident.

“People can say all they want — that we shouldn’t have been on the highway,” Love said. “But there are a lot of things that shouldn’t be happening that are happening, and we’re going to disrupt the things that need to be disrupted.” 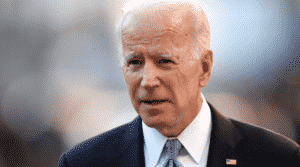