President Biden is meeting with leaders of the Major Economies Forum on Energy and Climate (MEF) to discuss actions that, according to a White House statement, will strengthen energy security, enhance the resilience of global food security, and tackle the climate crisis.

“Citing a recent round of international scientific assessments urgently underscoring the narrowing window for decisive action, President Biden will urge leaders to step up their climate efforts and to achieve further progress at COP 27 this November in Sharm el-Sheikh, Egypt,” the White House statement says. “He will emphasize that the market disruptions triggered by the Ukraine crisis underscore the urgency of accelerating the clean energy transition — to alleviate both climate and energy security risks — and enhancing the resilience of the global food system.”

Biden discussed his goal of lowering average U.S. gas prices, which have now reached a record high of $5 gallon. Global leaders were united in blaming Russia’s invasion of Ukraine for skyrocketing fuel costs.

“I’m using every lever available to me to bring down prices for the American people,” Biden said, according to the Associated Press. “But the critical point is that these actions are part of our transition to a clean and secure and long-term energy future.”

“It is very interesting to see the change in tone from the secretary-general. His language is blunter than any secretary general before him,” said Niklas Hohne of the New Climate Institute in Germany. “This comes at a time when we indeed observe a goldrush to new fossil fuel infrastructure… Such expansion is counterproductive to climate policy as it would lock the world into a high greenhouse gas future.”

President Biden is asking other countries to join the U.S. with a collective goal to reach $90 billion in public investment.

Participating countries are expected to announce new 2030 emission targets as part of their obligations under the Paris Agreement. 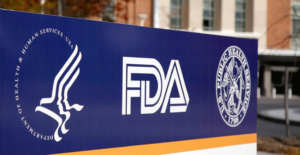