Walker, Kemp, and Greene All Claim Victories in Georgia Primaries

The Secretary of State’s office reported that by May 20, more than 800,000 ballots had been cast — three times the number of early votes cast in 2018. It is also significantly higher than voter turnout recorded during the 2020 election despite speculation that the passage of the Election Integrity Act would inhibit voter participation.

The bill, which became law in March of 2021, increased surveillance around ballot drop boxes and added restrictions to the use and distribution of absentee ballots to prevent third-party interference. Voters are also required to “include Georgia drivers’ license or state ID number and date of birth on absentee ballot application form” or “a copy of military, tribal, or government employee ID card and sign an oath” if they do not have a license.

Walker won the Heisman Trophy as a running back at the University of Georgia. A series of domestic violence allegation clouded his campaign but did not stop Walker from emerging as the race’s front runner. He went into election day with a 50-point lead.

“Walker has denied some of those claims,” reports ABC News. “Others he said he doesn’t remember — a byproduct of his diagnosis with dissociative identity disorder, or D.I.D., a complex mental health condition characterized by some severe and potentially debilitating symptoms.”

Walker will face Senator Raphael Warnock, the incumbent Democrat, in the general election. Warnock easily defeated his challenger, fellow Democrat Tamara Johnson-Shealey, after winning 96% of the votes. His victory was called less than an hour after the polls closed in Georgia.

The senior pastor of Ebenezer Baptist Church in Atlanta won a special election last year to win his first term in the Senate.

Brian Kemp secured his bid for a second term as governor after securing over 879,700 votes. Former Senator David Perdue — who finished second — claimed a little more than 260,210 votes. Perdue had been endorsed by Trump, who opposed Kemp’s resistance to his claims of election fraud in 2020.

Stacey Abrams ran unopposed and will be the Democratic nominee for governor. She recently attacked Kemp as uncaring during a party event where she said Georgia was the worst state to live.

Congresswoman Marjorie Taylor Greene won the Republican primary in the state’s 14th Congressional District as was widely expected. When the Associated Press called the race just after 9 P.M. on May 24, Greene had 69.5% of the vote.

Greene’s eligibility was challenged in court last month by a group of voters from Georgia. The group claimed Greene has supported insurrectionists who entered the U.S. Capitol Building on Jan. 6, 2021, and therefore was in violation of the fourteenth amendment.

State Administrative Law Judge Charles Beaudrot ultimately ruled in favor of Greene and said she could appear on the primary ballot. His decision was adopted by Secretary of State Brad Raffensperger, who also won the primary and secured his chance to be reelected. 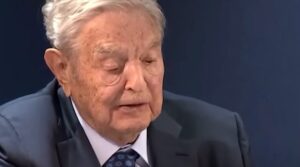