Speaking at the World Economic Forum in Davos, Switzerland, billionaire George Soros said that he believes the war between Russia and Ukraine may launch the third world war that ends civilization.

Soros is a controversial figure for his funding of left wing groups through his Open Society Foundations organization.

While speaking during his annual dinner in Davos, Soros said that the course of history has changed since the last World Economic Forum event.

“Russia invaded Ukraine. This has shaken Europe to its core,” Soros said.

The billionaire said that he is unsure that civilization will survive the conflict.

“The European Union was established to prevent such a thing from happening. Even when the fighting stops, as it eventually must, the situation will never revert to the status quo ante. Indeed, the Russian invasion may turn out to be the beginning of World War III, and our civilization may not survive it,” he said.

Soros explained that he believes Putin expected to be welcomed in Ukraine as a liberator.

“Other issues that concern all of humanity — fighting pandemics and climate change, avoiding nuclear war, maintaining global institutions — have had to take a back seat to that struggle,” the financier said.

“Yet the experts tell us that we have already fallen far behind, and climate change is on the verge of becoming irreversible. That could be the end of our civilization,” he said.

“Most of us accept the idea that we must eventually die, but we take it for granted that our civilization will survive,” he said.

“Therefore, we must mobilize all our resources to bring the war to an early end. The best and perhaps only way to preserve our civilization is to defeat [Russian President Vladimir] Putin. That’s the bottom line,” Soros continued. 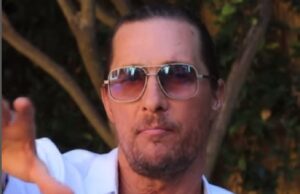