Top police officials in Fairfax, Virginia, have been accused of covering up a trafficking ring in exchange for free sex with the victims.

A newly filed lawsuit by one of the alleged victims claims that at least 13 officers from the Fairfax County Police Department helped to cover for the Northern Virginia trafficking ring “for years.”

Former Fairfax County Police Chief Ed Roessler is named as a defendant. The lawsuit says that he helped hide what was going on when another detective’s work threatened to expose the conspiracy. He resigned from the department earlier this year.

According to a report from local station WUSA 9, the officers are accused of tipping off the criminals running the trafficking ring to stop advertisements on sites like backpage.com when sting operations were going to occur.

RT reports that the lawsuit claims the officers, some of whom have since retired, “secured sexual services from trafficked women, and may also have extorted money from the ring’s leadership.”

“Police officials regularly derided the notion that trafficked women were victims, insisting instead that they were simply prostitutes willingly engaged in unlawful commercial activity,” the lawsuit says.

Victor Glasberg, the lawyer representing the victim, told WUSA that police had corroborated elements of the allegations by providing him with names of officers who were involved. The department gave him the names Michael O. Barbazette of Manassas and Jason J. Mardocco, neither of whom are still on the force.

The lawsuit additionally includes allegations made by a former Fairfax police detective who claims Barbazette blocked his attempts to investigate sex trafficking. Barbazette was a sergeant and his supervisor at the time.

The complaint was filed by a Costa Rican woman identified only as “Jane Doe.” She says that she was recruited in her home country in 2010, and her passport was taken by the ring leader when she arrived in Virginia.

When she tried to leave the sex ring, Doe says the leaders threatened to harm her family or tell them that she had become a prostitute.

The leader of the ring, Hazel Sanchez Cerdas, pleaded guilty to running a prostitution ring in federal court in Alexandria. She was sentenced to just two and a half years in prison.

Prosecutors said that women in the ring were sometimes forced to have sex with up to 17 men per day and were told to comply with all sexual requests, even if they were degrading or dangerous. 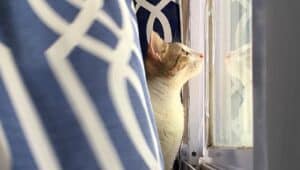