The Virginia Department of Education has moved to change the way that schools handle students who say that they are transgender.

The Department released the new model policies on Friday, which focus heavily on parental rights.

The new guide, developed by Gov. Glenn Youngkin’s administration, says that students shall use bathrooms and play on sports teams that correspond to their biological sex, except to the extent that federal law otherwise requires.

The policies are sharply different than the 2021 guidance issued by Democratic Governor Ralph Northam’s administration and pointedly says so in the opening.

The 2021 guide said that schools should allow students to decide which names and pronouns were used in school and should use bathrooms and facilities that match their “gender identity.”

Decisions about informing parents about students who say that they are transgender, according to the old standard, were to be decided on a “case-by-case” basis.

According to the guidance, schools should “attempt to accommodate students with distinctive needs, including any student with a persistent and sincere belief that his or her gender differs from his or her sex,” and work with parents to offer “reasonable accommodations or modifications,” including single person bathrooms and facilities that are accessible to all students.

A 30-day public comment period about the guide will open up later this month. After that, school boards must adopt policies that are “consistent with” what has been laid out by the department.

“The actions by Youngkin’s Department of Education are an outright violation of Virginians’ civil rights, and perpetuate the national MAGA playbook of obliterating any inference of diversity, equity, or inclusion in our communities,” the statement said. “This move is yet another iteration of the Governor’s lack of empathy and proof of how out-of-touch he and Virginia Republicans are with everyday Virginians.”

The statement concluded by saying, “despite Governor Youngkin’s political gamesmanship in his quest to compete with the cruel policies of Ron DeSantis and to divert attention from the issues at hand around abortion, we will continue to work collaboratively with our families and schools to assure that all students are safe in their schools.”

“We are thrilled to see Governor Youngkin leading our schools toward respecting the privacy and dignity of all students and the preeminent role of parents in the lives of their children,” Victoria Cobb, president of The Family Foundation, told NBC News. 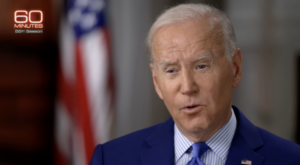 US To Defend Taiwan If China Invades, Biden Confirms