The previously suspended requirement was reinstated in June

Virginia Governor Ralph Northam is being pressed by Democrats in his state to waive the witness signature requirement for mail-in absentee ballots ahead of the upcoming election.

The Fairfax County Board of Supervisors sent a letter to the governor stating that county residents were concerned that they might catch COVID-19 if required to obtain a witness signature to vote.

The board voted 9-1 with the only Republican voting against the measure.

“During the 2020 election cycle, Virginia made historic strides to expand voting access while protecting the health and safety of our residents as well as the integrity of our electoral process,” Board of Supervisors Chairman Jeffrey C. McKay said in a statement on Tuesday.

“This progress should be extended to the signature requirement. No one should have their ballot rejected because they were unwilling to risk their health and safety. In Fairfax we want to break down barriers to voting not create new ones.”

“Witness signatures are important as they provide another line of defense against voter fraud,” he said to InsideNoVa.com. “They’ve been deemed important enough by the General Assembly that they were reestablished outside the state of emergency.”

Ballots without a witness signature will not be counted as part of the election in Virginia.

“If it’s just that the voter themselves forgot to sign the ballot, they can come in and sign it. But if it’s a witness they didn’t get, it gets a little more complicated,” Registrar and Director of Elections for Albemarle County Jake Washburne told NBC29. “The General Assembly changed the law last wintertime, and they said that if the governor re-declares a state of health emergency, then the witness signature will not be required.”

Northam, a Democrat, signed HB1/SB111 into law on April 12, 2020. The legislation established no excuse for absentee voting 45 days prior to an election. He also signed HB238/SB455, which allows for absentee ballots to be counted if they are postmarked on or before the date of an election or received by noon on the third day after the election.

Absentee voters in Virginia also have until noon three days after the election to correct their ballot if they are notified by an election official that the required voter affirmation was incorrectly or incompletely filled out.

Early voting for the November election began about three weeks ago. Due to term limits, Northam cannot run for reelection. Contenders for his office include the former Democratic governor of Virginia, Terry McAuliffe, and Republican Glenn Youngkin. 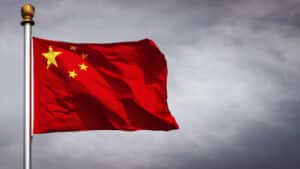