A new bill is set to be introduced in Pennsylvania that will limit the number of children men can have to three. The bill would mandate vasectomies for men at age 40 or after their third child, whichever comes first.

The bill’s author, Democrat State Rep. Chris Rabb, says it is “parody legislation” of the recent Texas anti-abortion law, which bans abortions after the baby’s heart activity can be detected. According to PolitiFact, Rabb said he plans to introduce the bill only because it has “no chance of passing.” His purpose in doing so is to highlight “gendered double standards with regard to reproductive rights.”

Rabb added, “To each person who views this bill I’ve introduced as absurd, I’d urge you to apply equal scrutiny to laws in places like Texas and right here in Pennsylvania, which enact paternalistic restrictions on the personal liberty of cis women, trans men and nonbinary individuals who have an unwanted pregnancy.”

The proposed bill contains an enforcement mechanism explicitly based off the Texas abortion law. The bill offers a $10,000 reward to any Pennsylvanians who report men who violate it, and permits residents of the state to take civil action against men who conceive a child with them. 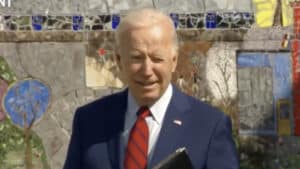