The opinion followed a request for advisement from Governor Glenn Youngkin

The Attorney General of Virginia took on COVID-19 vaccination mandates in his first legal opinion since being elected.

Attorney General Jason Miyares wrote that higher education institutions can not require students to get the COVID-19 vaccine as a condition of enrollment or in-person attendance.

“Virginia’s public institutions of higher education are public corporations” and “are afforded separate corporate status but remain under control of the General Assembly and may only exercise such powers as the General Assembly has expressly conferred or necessarily implied,” he noted in his official statement.

“Although the General Assembly specifically authorized public institutions of higher education to assist the Department of Health and local health department in the administration of the COVID-19, the legislation did not grant such institution power to impose vaccine requirements,” wrote Miyares.

He also determined that the Virginia legislature could approve policies that make the COVID-19 vaccine and subsequent booster shots mandatory for in-person attendance, but “it has not” as of the writing of his opinion.

“I conclude that, absent specific authority conferred by the General Assembly, public institutions of higher education in Virginia may not require vaccination against COVID-19 as a general condition of students’ enrollment or in-person attendance,” the attorney general concluded. He did share that he is vaccinated and that he encourages others to get the shots.

After taking office earlier this month, Youngkin issued an executive order ending a mandate that required state employees to get the COVID-19 vaccine.

Several public institutions, including Virginia Commonwealth University, James Madison University, Virginia Tech, and the College of William & Mary, then affirmed they would comply and would stop requiring staff members to get the COVID-19 vaccine.

Private colleges and universities in the state, like Washington and Lee, University of Richmond, and Liberty University, are not impacted by Miyares’ published legal opinion.

Both Miyares and Youngkin took office on Jan. 15 following the 2021 state elections. Managing the regulations created in the wake of the COVID-19 pandemic has been a priority for both elected officials.

In addition to ending the vaccine mandate for state employees, Youngkin issued an executive order allowing parents to opt their children out of school mask mandates. Two lawsuits have been filed challenging the order. 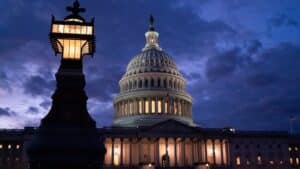