The Supreme Court of Vermont ruled in favor of a policy that would permit people who are not American citizens to vote in local elections.

The court upheld a ruling from a lower court that found that the policy did not violate the Vermont constitution.

“We conclude that the complaint alleges facts to establish standing at the pleadings stage for plaintiffs to bring their facial challenge to the statute. The statute allowing noncitizens to vote in local Montpelier elections does not violate Chapter II, § 42 because that constitutional provision does not apply to local elections,” the Supreme Court wrote in its decision, which was released on Jan. 20. “We accordingly affirm the trial court’s grant of the City’s motion to dismiss.”

The policies were approved by the state legislature in 2021 and changed the municipal charters of Montpelier and Winooski. Montpelier had initially approved the measure in 2018. Governor Phil Scott, a Republican, had vetoed the changes but his action was overridden by the legislature, which was controlled by Democrats.

In September of 2021, the Republican National Committee sued Montpelier and Winooski over the changes to the charter.

“Democrats are trying to dismantle the integrity of our elections,” RNC chairwoman Ronna McDaniel said in a statement. “In addition to attacking widely supported safeguards like voter ID, Democrats also want foreign citizens to vote in American elections. Republicans are fighting back on this far-left assault against election integrity — unlike radical Democrats, we believe that our elections should be decided solely by American citizens.”

“This is a matter of principle and we will fight in all 50 states to ensure this remains the case,” she added.

Montpelier, the state’s capital, has roughly 8,000 residents and Winooski has 7,300. They are considered the most diverse cities in the state.

In addition to the two Vermont towns, New York City and several communities in Maryland allow anyone to vote in local elections regardless of citizenship or resident status, per Fox News.

In April 2022, Judge Robert Mello of the superior court in Addison County said the Vermont constitution only specified that American citizens could vote in state elections and no such limitation was placed on municipal elections.

Jack McCullough, president of the Montpelier City Council and acting mayor, celebrated the Supreme Court’s decision in the matter. He said he hoped “this will encourage more eligible voters to register, vote and fully participate in our democratic institutions.”

“Today the Vermont Supreme Court has ruled that municipalities in Vermont are free to establish their own qualifications for voting in municipal elections,” said McCullough, per The Barre-Montpelier Times Argus. “It was almost five years ago that the voters of Montpelier voted by an almost two to one margin to allow noncitizens to vote in our municipal elections.”

“We are gratified that our choice to welcome participation by all members of our community has been upheld by the Supreme Court,” he stated. 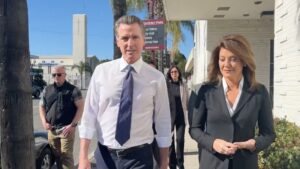