Montpelier and Winooski recently altered their charters so non-citizens who immigrated legally could vote in municipal elections.

“Democrats are trying to dismantle the integrity of our elections,” RNC chairwoman Ronna McDaniel said Monday. “In addition to attacking widely supported safeguards like voter ID, Democrats also want foreign citizens to vote in American elections. Republicans are fighting back on this far-left assault against election integrity — unlike radical Democrats, we believe that our elections should be decided solely by American citizens. This is a matter of principle and we will fight in all 50 states to ensure this remains the case.”

Vermont state Senator Brian Collamore told Fox News that the right to vote should only be extended to citizens.

“The Montpelier bill allows what is defined as a legal resident of the United States to be able to vote in city elections,” he said. “If someone is here on a permanent basis, why would he or she not want to participate in the process to become a citizen?”

Vermont Governor Phil Scott vetoed the legislation in June. In a letter to legislators, he wrote, “Allowing a highly variable town-by-town approach to municipal voting creates inconsistency in election policy, as well as separate and unequal classes of residents potentially eligible to vote on local issues.”

State Democrats were able to override the veto with a two-third majority vote — 20-10.

For Montpelier City Clerk John Odum, the change allows the towns to conduct themselves independently.

​“It’s always been Montpelier’s call on how we run our elections, and we are thrilled to offer immigrants the same respect that all of their other neighbors expect for themselves,” he told The Monthpelier Bridge. “It’s also nice to think that Montpelier could be an example to other like-minded communities, especially as the first state capital to do this.”

In addition to voting, the changes to the charters of the towns allow non-citizens to run for local office.

Recently, voter expansion is being considered in areas beyond New England.

Last week, the New York City Council considered a bill that would allow non-citizens to vote in local elections. City Councilmember Ydanis Rodriguez argued not allowing hundreds of thousands of people in the city to vote because they are not legally citizens was “unprogressive” and “un-American.”

“This is not about doing a favor to immigrants by allowing them to vote. If they pay their taxes, as I did when I had a green card, then they should have a right to elect their local leaders,” he said at a hearing on Sept. 20. “It is now time that we emphasize our immigrant New Yorkers so that they can elect and hold a local leader accountable.”

A majority of the city council will need to support the bill to go into effect. Mayor Bill de Blasio said the measure was prohibited by state law. 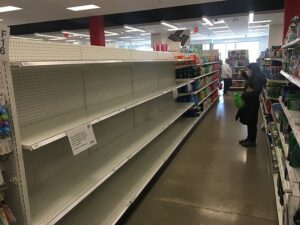