Vermont state Senator Richard Sears intends to end an exemption to his state’s abuse reporting law that allows members of the clergy to not report abuse or neglect if it was disclosed during a confidential setting, such as confession.

Sears, a Democrat who serves as the head of the state Senate Judiciary Committee, says he will introduce a bill to close the exemption during the next legislative session.

“My gut reaction is nobody should get a free pass,” Sears said, per AP News.

The legislators said he was unaware of the exemption and believed that clergy, like other professionals including doctors, social workers, and teachers, were mandated reporters. Sears says he does not believe clergy should be allowed to independently decide if they disclose abuse to law enforcement.

Sears told the Associated Press that he became aware of the policy while reading a report published by the outlet that found Vermont and 32 other states grant exemptions to abuse and neglect reporting requirements for members of the clergy in certain circumstances.

Under Vermont law, a clergy member who learns of abuse while acting as a spiritual advisor or during an “act of contrition or a matter of conscience” does not need to report the information. Members of the clergy are also allowed to forgo mandated reporting requirements if the information is “required to be confidential by religious law, doctrine, or tenet.”

Since 1987, multiple mandatory reporting bills have been presented to state legislatures that could have removed these exemptions but none have passed. Pennsylvania, Kentucky, Colorado, New Mexico, Washington, Idaho, and Arizona, for example, have all voted against closing the exemption for clergy on three or more occasions.

Other states require religious leaders who are aware of or suspect abuse or neglect to report that information to a relevant government agency regardless of the circumstances under which they became aware of the issue.

Under New Hampshire’s Child Protection Act, the only exemption to mandatory reporting requirements is attorney-client privilege. Any other “professional” privileges — including those attributed to a “priest, minister, or rabbi” – are not applicable in the case of child abuse.

Sears has been a state Senator since 1993. According to his website, he has worked in residential programs for troubled youth for more than 35 years. Sears has advocated for child welfare and protection reforms throughout his career, including serving on the Senate Review Panel on Child Protection in 2014. In 2021, he co-sponsored a bill expanding Vermont’s legal definition of the sexual exploitation of children to include simulated sexual contact with a minor which went into effect on July 1, 2021. 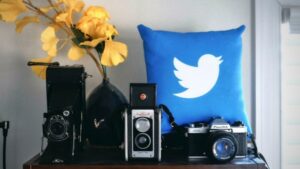