Pfizer CEO Albert Bourla says his company is prepared to respond to a vaccine-resistant variant that will one day emerge.

Bourla told Fox News on Tuesday that the company has a system in place to turn around a variant-specific jab within some three months.

“Every time that the variant appears in the world, our scientists are getting their hands around it,” Bourla said on America’s Newsroom. “They are researching to see if this variant can escape the protection of our vaccine. We haven’t identified any yet but we believe that it is likely that one day, one of them will emerge.”

Fox News also reports, “Bourla noted a company process to develop a variant-specific vaccine within 95 days from identifying the variant of concern. Infectious disease experts and public health officials have reiterated for months that broadening the reach of the existing vaccines across the population, in the U.S. and abroad, will reduce the opportunity for the virus to further mutate.”

Currently, the C.37 variant — also known as the Lamda variant — is speculated to be possibly vaccine-resistant. The COVID-19 strain has a similar mutation to the Delta variant that makes them more contagious. Scientists believe it emerged in November or December 2020 in South America. It has since been recorded in North America, Europe, and parts of Asia.

Data from Chile, which has a roughly 60% vaccination rate, suggests Lambda may not respond to current vaccinations.

In a bioRxiv report from July 28, researchers noted “a big COVID-19 surge has occurred in Chile in Spring 2021, suggesting that the Lambda variant is proficient in escaping from the antiviral immunity elicited by vaccination.”

According to The New York Post, “Lambda has so far been labeled a ‘variant of interest’ by the World Health Organization, compared to the Alpha, Beta, Gamma and Delta strains, which have all risen to ‘variant of concern,’ or VOC, status.”

The CDC reports over 171 million people in the U.S. — roughly 51% of the population — are fully vaccinated. 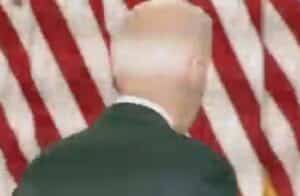