The state’s House Government Operations Standing Committee passed the election bill on Feb. 15, which would require ballot drop boxes to be under 24-hour surveillance. Every municipality and reservation in Utah is required to have a dropbox. To ensure the integrity of the voting process, two election workers would need to be present when the ballots are collected from each box.

The bill would also mandate voter registration be audited and that the result of the audit be publicly available online for almost two years. The lieutenant governor’s office would be responsible for conducting the audit.

State Representative Jon Hawkins, who sponsored House Bill 313, said the aim of the bill is to ensure the authenticity and accuracy of future elections.

The bill would further require mail-in voters to include a copy of their voter identification, voters who did not present a valid form of identification when registering to do so before casting a ballot, and all ballots to be printed in Utah. The bill would also prohibit the state from accepting any outside funding source to pay for election-related expenses.

Utah currently classifies election fraud as a Class A misdemeanor. Punishment includes up to 364 days in jail or a $2,500 fine.

The proposed legislation coincides with a bill from Representative Phil Lyman that would end mail-in voting.

House Bill 317 would ban ballot drop boxes as well as drive-thru voting. The policy additionally calls for every ballot to be posted online for inspection, video recording of the tabulation process, and more strictly regulated absentee ballots. Online images of the ballots would be saved for a period of one year.

“What you want to do is make it easy to vote, but hard to cheat,” Lyman said when speaking to the press about his proposed legislation.

Similar to Hawkin’s HB 313, Lyman’s bill also calls for an audit of votes by an external auditor rather than voter registration.

“That external auditor would look at races that are tight, voter turnout is an anomaly with voter registration, just look at some of those things and ultimately issue an opinion someone could trust,” Lyman explained. “Rather than right now, which is have the clerks saying, ‘Oh, we audit ourselves’ and the [lieutenant governor] saying ‘we audit ourselves.'”

Utah Governor Spencer Cox said in a statement to Fox News that his state’s elections are “safe and secure.” He said no evidence indicates the vote-by-mail system is not reliable. 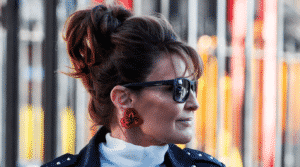