US to Send $64 Million in ‘Humanitarian Aid’ to Afghanistan

The Biden administration announced on Monday that the US will be sending $64 million in “humanitarian aid” to Afghanistan.

On Sunday, the United Nations called for $600 million to be sent to the country to “prevent famine and a public health crisis.”

BREAKING: US to send $64 MILLION in ‘humanitarian aid’ to Afghanistan pic.twitter.com/3LjB7xdaMK

In a statement, the US Agency for International Development (USAID) announced that they will be working with the US Department of State to send the money to “independent organizations, such as UN agencies and NGOs.”

“For assistance to be effective, we will need an environment conducive to the principled delivery of aid, including the ability for both female and male aid workers to operate freely. This contribution underscores the United States’ commitment to the Afghan people.”

The statement continued on to say that “even before recent insecurity pushed people from their homes and increased needs, USAID supported a large humanitarian response for more than 18 million people in Afghanistan. This additional humanitarian assistance will provide vulnerable Afghans with critically needed food, health care, nutrition, medical supplies, protection, hygiene supplies, and other urgently needed relief.”

USAID added that they have activated a Disaster Assistance Response Team, based outside of Afghanistan, to lead the effort.

The announcement faced harsh criticism on Twitter, with many implying that they believe the money to be a bribe — including congressional candidate Joe Kent.

“64 mill in aid money to the Taliban as they hold Americans against their will is called a ransom…..” Kent tweeted.

64 mill in aid money to the Taliban as they hold Americans against their will is called a ransom…… https://t.co/0NNuQ7DuxZ

We gave the Taliban an entire fleet, artillery, AND money? Why and what’s next?

When you realize humanitarianism just means “they negotiated with terrorists” and sent payment disguised as humanitarian aid. 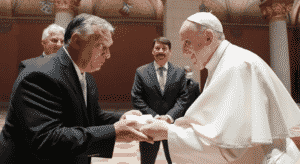