Pope Francis discouraged Europeans from becoming invested in individual rights or culture wars over the common good during his visit to Slovakia, where the majority of the population is Roman Catholic.

The event marks the nation’s first papal visit since 2003. The trip was also the 84-year-old’s first outing since undergoing interstitial surgery in July.

“Fraternity is necessary for the increasingly pressing process of [European] integration,” Francis said from the garden of the presidential palace. In attendance were diplomats and government officials as well as Slovak President Zuzana Caputova, the country’s first female president.

“Slovakia, part of Czechoslovakia during communist times, secured its independence from Prague in 1993. The Slovak and wider eastern European economies have since boomed but their integration into the European Union has also coincided with a nationalist backlash against increased illegal immigration, often involving Muslims from the Middle East and Afghanistan,” Reuters reports.

Francis also condemned the Holocaust and addressed the nation’s Jewish community in his address.

“I repeat: let us unite in condemning all violence and every form of anti-Semitism, and in working to ensure that God’s image, present in the humanity he created, will never be profaned.”

Earlier in the day, Francis met with over 180 Jewish Slovaks in Rybné Square, per Catholic News Agency.

The pope’s sentiment echo statements he made during a stop in Hungary on Sunday. Francis said the nations must avoid “a selfish, defensive mentality” as a new wave of immigrants reaches Europe.

While in Budapest, Francis urged Hungary to “extend its arms towards everyone,” which has been largely regarded as a critique of populist-nationalist President Viktor Orbán.

Although he was scheduled to spend very little time in Budapest, the Vatican confirmed the Pope did meet with the president in a “cordial atmosphere” for about 40 minutes.

“During their private meeting, he gave Francis a copy of a letter from King Bela IV of Hungary to Pope Innocent IV,” per NPR. “The letter, addressed in 1243, informed Innocent IV that Bela would strengthen fortifications along the Danube River in Hungary in preparation for a Mongol invasion.”

Since 2010, Orbán has directed a significant amount of public funds to the restoration or construction of places of worship. He describes his government as a “Christian democracy.” 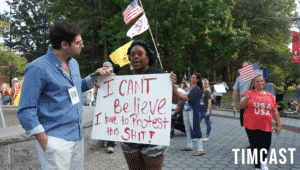