The nations are entangled in a dispute over airline COVID-19 regulations.

Prior to the revision, carriers could suspend a flight for two weeks or reduce total potential passengers capacity by 40% if up to nine passengers tested positive for COVID-19.

The DOT filed a complaint against Bejing on Aug. 26, arguing that China had broken an airline agreement and was treating U.S. airlines unjustly.

The DOT wrote that the Chinese government’s policy is “premised on circumstance wholly outside of the carriers’ control” and that it reserved “the right to take additional action” if Beijing introduces additional measures, per Airway Magazine.

Liu Pengyu, a spokesperson for the Chinese Embassy in Washington, said the DOT acted “groundlessly” and was “extremely irresponsible,” per Reuters.

The outlet notes that the ”three U.S. airlines and four Chinese carriers typically operate about 20 flights a week between the countries, well below the figure of more than 100 a week before the pandemic.”

The DOT took similar actions in January when it suspended 44 flights from Chinese carriers with service from the U.S. to China, which had canceled the same number of flights from American, Delta, and United in the preceding weeks.

The Civil Aviation Administration of China had reported cutting 2% of all international flights prior to the global outbreak of COVID-19.

“In 2020, China blocked Delta and United flights, prompting the Trump administration to threaten to suspend service by Chinese airlines, which resulted in China relenting and allowing the two American carriers to resume operations,” noted Forbes.

During the pandemic, the Chinese Communist Party instituted a “zero COVID” strategy to limit the virus’s spread within the country. The policy led to widespread travel disruptions, city-wide lockdowns, and impediments to trade and manufacturing. 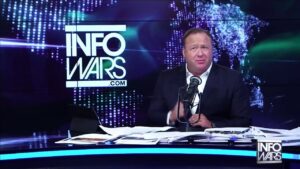