Families of the Sandy Hook Elementary school shooting have asked a court to force Alex Jones to relinquish control over his company, alleging that he intentionally hid money to avoid paying out a court-ordered settlement.

According to the motion, FSS claims to owe a “massive, secured debt” to an insider that was first reported when the cases against Jones began, but no records show that debt existed prior to the lawsuit.

Attorneys for the families are now requesting a bankruptcy trustee assume control of FSS. They have also requested the court appoint a tort claimants’ committee to investigate FSS’s business dealings, and for the court to remove FSS as the debtor in possession.

11 U.S. Code § 1204 specifies that a court may “order that the debtor shall not be a debtor in possession for cause, including fraud, dishonesty, incompetence, or gross mismanagement of the affairs of the debtor, either before or after the commencement of the case.”

In 2018, families who lost loved ones in the Sandy Hook school shooting filed lawsuits against Jones and the companies he owns, citing infliction of emotional distress and defamation, as well as other claims.

The legal action followed allegations that Jones used his media platform to cast doubt on whether the shooting had ever happened, and that Jones asserted many of the families involved were paid actors, which resulted in those families being harassed and receiving death threats.

In early August, — after the first verdict in three separate trials — a Texas jury ordered Jones to pay more than $45 million in punitive damages to one of the families whose son was a victim in the massacre. That decision followed one from the previous day ordering Jones to pay $4.1 million in compensatory damages to the family.

Attorneys for the Sandy Hook families assert in their 37-page court filing that Jones and FSS committed “fraudulent transfers,” claiming that FSS transferred between $11,000 per day and $11,000 per week (along with 60 to 80 percent of sales revenue) to an entity owned and operated by Jones and his parents.

The filing also states that the court has the discretion to determine whether cause from seizing FSS exists, and says that as long as FSS retains its assets and controls its own operations, “prospects of a full and fair recovery” of damages for the families remain in jeopardy. 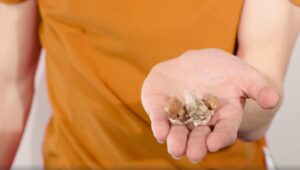