The United States Department of Health and Human Services has purchased a $290 million supply of emergency nuclear radiation treatment drugs according to a Tuesday press release.

HHS is reportedly purchasing $290 million worth of Nplate, which treats blood cell injuries that accompany acute radiation syndrome in adult and pediatric patients (ARS). Nplate is produced by Thousand Oaks, California-based company Amgen USA Inc with support from the Biomedical Advanced Research and Development Authority (BARDA) which is part of HHS’ Administration for Strategic Preparedness and Response (ASPR).

The Project Bioshield Act of 2004, designed to incentivize private industry to develop vital medical countermeasures by providing long-term funding in support of research and development, grants BARDA the authority to appropriate funds for the purchase of Nplate, according HHS’ statement.

“ARS, also known as radiation sickness, occurs when a person’s entire body is exposed to a high dose of penetrating radiation, reaching internal organs in a matter of seconds,” the statement reads. “Symptoms of ARS injuries include impaired blood clotting as a result of low platelet counts, which can lead to uncontrolled and life-threatening bleeding.”

To reduce radiation-induced bleeding, Nplate stimulates the body’s production of platelets. The drug can be used to treat adults and children. Nplate is also approved for adult and pediatric patients with immune thrombocytopenia, a blood disorder resulting in low platelet counts. Repurposing drugs for acute radiation syndrome that also are approved for a commercial indication helps to sustain availability of the product and improves healthcare provider familiarity with the drug.

HHS’ announcement comes after months of rising tension in the Russian-Ukraine conflict, with Russian President Vladimir Putin suggesting the possible use of nuclear weapons in an effort to secure a win against Ukraine.

On Friday the Russian President signed treaties to annex four Ukrainian regions occupied by Russian forces declaring Russia would never give up the newly occupied territory, vowing to protect the territories as their own. Putin said the United States had created a “precedent” by using nuclear weapons against Japan at the end of World War Two in a speech following the signing ceremony, BBC reported.

“Russia is violating international law, trampling on the United Nations Charter, and showing its contempt for peaceful nations everywhere,” said President Biden in a statement condemning Putin’s actions. “Make no mistake: these actions have no legitimacy. The United States will always honor Ukraine’s internationally recognized borders.”

“The Russian Federation’s declaration of the annexation of four Ukraine regions after sham referendums held during a violent military occupation has no legal or political value,” said Brothers of Italy leader Giorgia Meloni. “Putin has once again shown his Soviet-style Neo-imperialist vision, which threatens the security of the entire European continent.”

Putin has, once again, acted in violation of international law with clear disregard for the lives of the Ukrainian people he claims to represent,” said British Prime Minister Liz Truss. “The UK will never ignore the sovereign will of those people and we will never accept the regions of Donetsk, Luhansk, Kherson and Zaporizhzhia as anything other than Ukrainian territory.” 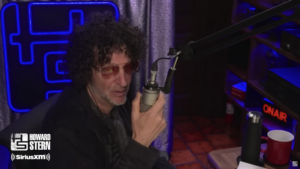