In a speech following the signing, Putin also declared that Russia would never give up the newly occupied territory and vowed to protect them as Russia’s own sovereign territory, according to CBS News.

“The people have made their choice … this is the will of millions,” he said, according to the BBC. He said that the citizens of those regions have a “love for Russia.”

“Russia is violating international law, trampling on the United Nations Charter, and showing its contempt for peaceful nations everywhere,” Biden said. “Make no mistake: these actions have no legitimacy. The United States will always honor Ukraine’s internationally recognized borders.”

Biden also announced new sanctions on Russia while pledging to hold the Kremlin accountable for its actions. He also promised additional military assistance and said that he looked forward to signing congressional legislation that will provide another $12 billion to Ukraine.

“The Russian Federation’s declaration of the annexation of four Ukraine regions after sham referendums held during a violent military occupation has no legal or political value,” she said. “Putin has once again shown his Soviet-style Neo-imperialist vision, which threatens the security of the entire European continent.”

British Prime Minister Liz Truss issued a statement urging the West to not allow Putin to re-draw international borders with the use of force.

“Putin has, once again, acted in violation of international law with clear disregard for the lives of the Ukrainian people he claims to represent,” she said. “The UK will never ignore the sovereign will of those people and we will never accept the regions of Donetsk, Luhansk, Kherson and Zaporizhzhia as anything other than Ukrainian territory.”

Following the signing ceremony, a defiant Putin doubled-down on threats to protect the seized Ukranian territory, mentioning that the U.S. had created a “precedent” in its use of nuclear weapons against Japan. 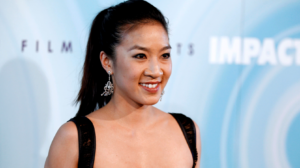