A US soldier that was serving overseas has been taken into custody by military police for the murders of his grandfather and great-grandmother.

Gene Alexzander “Alex” Scott, 24, was returned to South Carolina from Germany to face charges that he shot and killed his relatives in June, 2020.

Scott was indicted by a grand jury in Chester County on Thursday on two counts of Murder and one count of Possession of a weapon during the commission of a violent crime.

Once Scott was flown back to the US, he was taken into custody by the Chester County Sheriff’s office.

Scott previously served in the US Marine Corps, which he left in January 2020. He joined the Army in January, 2021. He was stationed with the 2nd Calvary Regiment out of Vilseck, Germany.

“Investigators believe that the murders happened on June 20, 2021, with Scott calling 911 to report the deaths of his grandparents the next day,” the Fox News report states.

Scott is currently being held at the Chester County Detention Center awaiting his bond hearing. 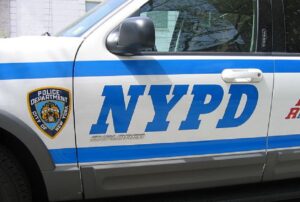