The Police Benevolent Association, the largest union representing New York City police officers, has filed a lawsuit against the city over their vaccine mandate.

The lawsuit, filed on Monday in the Staten Island Supreme Court, asks a judge to intervene and block Mayor de Blasio’s mandate from going into effect this week.

“This morning, the PBA filed our lawsuit in Staten Island state Supreme Court seeking to overturn the vaccine mandate announced last week,” union president Patrick Lynch wrote. “We will also be filing a request for a temporary restraining order asking the court to bar the City and NYPD from implementing the mandate while our suit is pending.”

Lynch continued on to say, “this is a rapidly developing issue. As always, we will update you as new information becomes available.”

The union is arguing that the NYPD’s “vax or test” program, which required officers to get the jab or undergo weekly testing, was sufficient. They are also demanding that the mandate violates their right to bodily autonomy.

“The city has provided no explanation, much less a rational one, for the need to violate the autonomy and privacy of NYPD police officers in such a severe manner, on the threat of termination,” wrote PBA lawyers in the lawsuit, which was obtained by the New York Daily News.

All 160,000 municipal workers in the city are at risk of being placed on unpaid leave or terminated if they do not get vaccinated before the Friday deadline. Nearly 30 percent of city workers were not vaccinated when the deadline was announced.

Those who show proof of vaccination will receive a $500 bonus in their next paycheck.

“We have fought to make the vaccine available to every member who chooses it, while also protecting their right to make that personal medical decision in consultation with their own doctor,” said PBA President Patrick Lynch last week, according to the Daily News report. 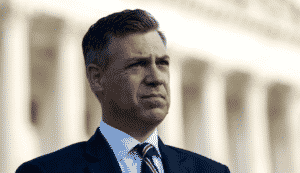