Shawnee State University settled with the professor who sued the school after being punished for not using a transgender student’s preferred pronouns.

Philosophy professor Nick Meriwether will receive $400,000 in damages and legal fees. The Ohio-based university will also withdraw the written warning he received.

In 2018, a biologically male student filed a complaint against Merriwether after the professor refused to use the female pronouns preferred by the student.

Meriwether used the phrase “Yes, sir” when responding to a question posed by the student during a Jan. 18 class. The student, who identifies as transgender, asked Merriwether after the class to only use feminine pronoun titles thereafter.

Meriwether, a tenured professor, refused to comply with the student’s request, citing his personal convictions as a practicing evangelical Christian.

According to the complaint cited by Fox News, the student “became belligerent” and told Merriwether he would be fired.

The student told the university that the professor “effectively created a hostile environment” by not using feminine pronouns.

In the written warning issued in June 2018 following the incident, Shawnee State University said it would take “further corrective action” if Meriwether was involved in a similar incident in the future. The university required Meriwether to use the biologically male student’s preferred pronouns despite the professor’s religious beliefs.

Meriwether was reportedly told by Roberta Milliken, the university’s Dean of the College of Arts and Sciences, that not abiding by the student’s pronoun preference would violate the institution’s non-discrimination policy.

Merriwether sued the university, claiming his constitutionally protected right to free speech had been violated.

The professor has said that he believes “that gender was an immutable characteristic that could not be changed after conception,” per Duke Law’s Campus Speech Database.

Although the lower court dismissed the professor’s lawsuit, the U.S. Court of Appeals for the 6th Circuit ruled in Meriwether’s favor in March of 2021.

The Alliance Defending Freedom, which worked with Meriwether, announced last week that the three-year court battle had reached its conclusion and that Merriwether would receive $400,000 in compensation.

“As part of the settlement, the university has agreed that Meriwether has the right to choose when to use, or avoid using, titles or pronouns when referring to or addressing students,” the ADF wrote in its statement. “Significantly, the university agreed Meriwether will never be mandated to use pronouns, including if a student requests pronouns that conflict with his or her biological sex.”

Once the settlement was reached, attorneys from the ADF filed for a voluntary dismissal. 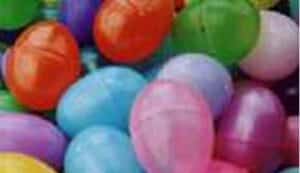