A parent dressed as the Easter bunny handed out condoms in plastic eggs to elementary school students in Austin, Texas.

The parent handed out the inappropriate eggs as students were dismissed from Gullet Elementary School.

The school, which only goes up to 5th grade, says that the handouts were not sanctioned and condemned the parent’s actions.

In a letter to parents about the incident, Principal Tammy Thompson wrote, “this afternoon during dismissal, a Gullett parent visited campus dressed as the Easter Bunny and handed out plastic eggs. Some of those eggs contained candy, and some students were also given unopened condoms.”

Thompson added that school officials spoke to the parent about the “inappropriate nature” of their actions.

“Please know that this was not a planned event, nor sanctioned by the school, and we have spoken with the parent about the inappropriate nature of their activity. We value parent participation and always request that you work with campus staff to best support our students,” the letter continued.

The Austin Independent School District said that the parent was asked to leave during the incident, but moved to a public sidewalk and continued.

“We are working to review our safety protocols to ensure this does not happen again,” an Austin ISD spokesperson told KXAN-TV.

Younger students in the school are not even learning about sex during this school year.

“Currently, the youngest students in Austin ISD aren’t even learning anything related to ‘human sexuality and responsibility.’ K-2 lessons are on hold as the district works to revise lessons based on recent legislation,” the KXAN report explained. “Austin ISD is in the process of updating its human sexuality and responsibility curriculum as a whole. The district’s program provides information and skill development for students in kindergarten through grade 12. Instruction is given annually in November and December for elementary and middle school students.” 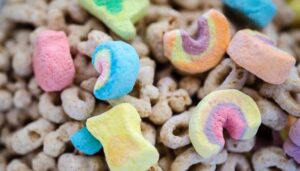