The Food and Drug Administration is investigating reports that Lucky Charms cereal is making consumers sick.

The agency reported that more than 100 complaints were filed this year by people who claim to have fallen ill after eating the cereal.

“The FDA takes seriously any reports of possible adulteration of a food that may also cause illnesses or injury,” the agency said in a statement to AP News on April 16.

The number of cases could be higher as thousands of people have reported the same phenomenon on the consumer health website iwaspoisoned.com. Complaints on the site are self-reported and not subject to outside verification.

“Starting in late 2021 Lucky Charms food poisoning reports started to trend. … Now there are reports of over 3,000 sick,” the website said in an April 18 post. “We recommend anyone who fell ill after eating Lucky Charms, to report it, and to keep left over product for testing.”

General Mills Inc., the maker of Lucky Charms, encouraged consumers to contact the company with any complaints or concerns.

“Food safety is our top priority. We take the consumer concerns reported via a third-party website very seriously,” a spokesperson for the company told Newsweek. “Through our continuing internal investigations, we have not found any evidence of consumer illness linked to the consumption of Lucky Charms.”

Gizmondo noted that while foodborne illnesses are not commonly found in cereal, “there can be contamination afterward as the products go through glazing or packaging.”

“And since people usually don’t cook their cereal before eating it, they can be then exposed to any lingering pathogens,” the outlet writes.

Kellogg’s Honey Smacks were recalled in 2018 after 100 people fell ill due to Salmonella found in the product.

However, “bacteria like salmonella or E. coli generally don’t result in illness for 24 to 48 hours after entering the body,” per NBC News.

The oat-based cereal was first introduced by General Mills in 1964. The company reports that at the time the product’s advertising campaign was the most expensive in its history.

A Lucky Charms recall has not been ordered by General Mills or the FDA at this time. 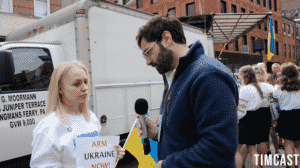