University Of Wisconsin-Madison Vandalized Ahead Of Matt Walsh's Appearance

The Incident Is Reportedly Under Investigation, According To University Police

On Monday morning, the University of Wisconsin-Madison was vandalized ahead of Daily Wire host Matt Walsh’s scheduled appearance on campus.

The Matt Walsh Show host is currently touring his documentary What is a Woman? in conjunction with Young America’s Foundation (YAF) at universities around the country. While on tour, the documentary is screened for audiences followed by discussion with a question and answer session hosted by Walsh. The Daily Wire host is scheduled to appear at Wisconsin-Madison’s campus tonight.

Several locations of the university, including a Bucky statue near the Memorial Union Terrace, were reportedly found vandalized Monday morning with messages criticizing Walsh and supporting transgender rhetoric.

“F— UW and YAF,” read another message at the University’s Alumni Park sign. The sign was also crossed out with what appears to be orange paint with another message underneath reading, “MATT WALSH = NAZI.”

The University has not publicly addressed the vandalism as of Monday afternoon, though the University of Wisconsin Police Department spokesperson Marc Lovicott said the incident was under investigation and security cameras were being reviewed, the outlet reported.

The University of Wisconsin-Madison Memorial Union, which honors Veterans, has been vandalized ahead of @MattWalshBlog's screening of #WhatIsAWoman tonight pic.twitter.com/bq50eQ7AW8

“If any leftist can come to the event and successfully defend the claim that ‘trans women are women,’ thereby debunking my entire position all at once, I will admit defeat and immediately retire in disgrace from public life,” Walsh said in a response to critics. “All you have to do is defend your own argument.”

Walsh’s documentary, released by the Daily Wire, explores the current narrative of gender ideology and gender expression and highlights the practice of medical gender transitions for minors. Academic experts and professionals in the gender and sexuality field are interviewed throughout the film — a handful of which express contempt for Walsh after the Daily Wire host asks the documentary’s eponymous question, “What is a woman?” The Daily Wire experienced a distributed denial-of-service (DDoS) attack during the film’s Jun. 1 premiere.

In late September, Walsh reported on Nashville, Tennessee-based Vanderbilt University’s transgender clinic which was providing medical gender transition surgery and treatment for minors. The clinic, opened in 2018, previously reported transgender surgeries as a “big money maker,” according to Dr. Shayne Taylor in a lecture that same year.

“Insurance carriers are mandated to cover medical expenses for trans folks,” said Taylor in regards to the Affordable Care Act. “These surgeries make a lot of money.”

Taylor noted other surgeries ranging from $20,000 to $40,000 including some surgeries garnering upwards of $100,000. Other clinics were entirely supported by male to female surgeries known as a phalloplasty, according to Taylor.

The clinic reportedly stopped practicing on minors following Walsh’s reporting and pushback from state lawmakers, though some current and former employees warned medical gender transition surgeries and treatment for minors could continue unless legislation is passed. 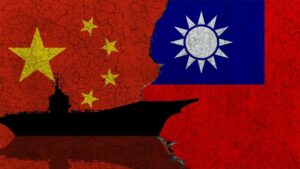 China Could Invade Taiwan By The End of 2022, Military Official Warns