A federal judge in Texas blocked the company from putting unvaccinated employees on unpaid leave on Oct. 12

The CEO of United Airlines announced the airline will fire 232 employees who refused to get the COVID-19 vaccine.

United announced its vaccine requirement on Aug. 9. At the time, 90% of its pilots and 80% of its flight attendants had been vaccinated. Currently, nearly 100% of its 67,000 employees in the United States have been vaccinated.

“The fact that we can get to 99.7% in less than eight weeks proves you can make a vaccine mandate work as long as you’re open and honest with people about why you’re doing it,” CEO Scott Kirby said on “CBS This Morning.”

In late September, about 600 employees did not want to get the vaccination. That number fell after the Chicago-based airline began the process on Sept. 28 of firing unvaccinated employees or those who did not submit proof of vaccination. Now there are fewer than 250 employees who are refusing to comply.

“This comes amid a week of controversy over vaccine mandates at major airlines, which have been forced to require the shot following an order from President Biden mandating employee vaccinations for all federal contractors,” per Forbes.

Last weekend, Southwest struggled following the cancellation of over 2,000 flights. While the airline cited bad weather as the main cause, others speculated that vaccine hesitancy among pilots was the root cause.

“United said even if their requests for medical exemptions were granted, the workers would be placed on medical leave, which may or may not include some portion of their pay, depending upon their union contract. Employees whose requests for religious exemptions were granted would be placed on indefinite unpaid leave but retain their seniority rights if they returned to the company at an unspecified time in the future,” CNN noted.

A judge intervened on Oct. 12 and temporarily blocked the company from moving forward after six employees filed a suit alleging discrimination.

U.S. District Judge Mark Pittman wrote, “The court is not currently ruling on the merits of the parties’ arguments on these points. … Rather the court seeks simply to avoid the risk of irreparable harm to the parties and to maintain the status quo while the court holds an evidentiary hearing.”

During its original announcement, United Airlines said employees must be fully vaccinated by Oct. 25. 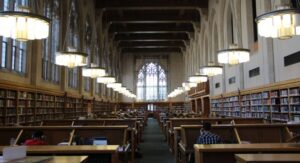