Southwest Airlines canceled more than 2,000 flights over the weekend and at least 10% of Monday’s scheduled flights.

Initially triggered by bad weather in Florida, the cancelation wave started on Friday. On Oct. 9, 800 more flights were canceled and an additional 1,000 were canceled on the following day.

In a statement on Sunday, Southwest spokesman Brad Hawkins said, “With fewer frequencies between cities in our current schedule, recovering during operational challenges is more difficult and prolonged.”

“It came during Southwest’s busiest planned weekend of flying since the pandemic began, with more than 3,600 flights on Sunday. Southwest had 3,492 flights scheduled for Monday,” per The Dallas Morning News.

While the airlines cited air traffic control issues and weather for the delays, some industry analysts suggest a slow down of pilots could have triggered the problems. Southwest Airlines Pilots Association (SWAPA) asked a court on Oct. 8 to block the airline’s vaccination requirements.

Southwest employees have until Nov. 24 to get vaccinated for COVID-19. Under President Joe Biden’s vaccination mandate, all federal contractors have until Dec. 8 to comply.

As part of its lawsuit, SWAPA claims that Southwest’s mandate violates the Railway Labor Act, which regulates the relationship between airlines and unions.

“SWAPA is not anti-vaccination, but we do believe that, under all circumstances, it is our role to represent the health and safety of our Pilots and bring their concerns to the Company,” the union said.

According to Newsweek, “SWAPA authorized its members to demonstrate against the mandate and strenuous working conditions during the pandemic. The union has also authorized $1 million in support of those protests, which could begin this fall.”

On Sunday, however, the union denied the delays were caused by pilots or any type of protest they were rumored to be conducting.

On Oct. 10, a spokesperson for SWAPA denied claims on social media that actions taken by Southwest Pilots caused the delays.

“I can say with certainty that there are no work slowdowns or sickouts either related to the recent mandatory vaccine mandate or otherwise,” said Captain Casey Murray, president of the SWAPA. “Under the RLA, our Union is forbidden from taking job action to resolve labor disputes under these circumstances. SWAPA has not authorized, and will not condone, any job action.”

I stand with the flight attendants, ground crew and pilots who value their bodily autonomy!

An anonymous pilot told former New York Times reporter Alex Berenson that he “believes that the fact that the airlines received $25 billion in no-strings-attached cash for ‘payroll support’ last year (as well another $25 billion in loans) has made them particularly reluctant to stand up to the Biden administration.”

“Southwest has struggled all summer with high numbers of delayed and canceled flights. In August it announced it was trimming its September schedule by 27 flights a day, or less than 1%, and 162 flights a day, or 4.5% of the schedule, from early October through Nov. 5,” reports ABC News. 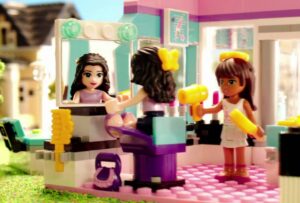