'Would Be Great If Someone Could Compile A Game Contest Of Who Said The Craziest Stuff Between 4chan And WEF!’

Musk, who previously commented on the WEF, responded to a tweet from Disclose.tv featuring WEF members discussing the metaverse as a “great tool to reinvent” the way society functions.

“WEF is increasingly becoming an unelected world government that people never asked for and don’t want,” the tech billionaire responded.

The off-screen speaker in Disclose.tv’s video noted a “decline in trust” with political institutions and representatives worldwide.

“What extent do you think this can strengthen trust again?” asked the speaker.

“I think what is essential is to make sure that the system as such, the technology can be trusted,” said Schwab, mentioning WEF’s collaboration with International Criminal Police Organization (INTERPOL) to make sure the system is “as safe as can be.”

The poll’s current standing as of Wednesday afternoon shows about 14% in agreement with WEF and 86% disapproving with over 611,000 votes and 23 hours remaining.

The World Economic Forum should control the world

“Would be great if someone could compile a game contest of who said the craziest stuff between 4chan and WEF! My money is on the latter,” Musk responded to Dilbert creator Scott Adams, who shared an article from the Street titled, “Elon Musk Throws Shade on the Most Powerful Club in the World.”

The article discusses the WEF and previous comments from Musk discussing his opinions on the group.

“WEF does kinda give me the willies though, but I’m sure everything is fine,” the tech billionaire added, using the eyes emoji suggesting he was suspicious of the group.

In a Monday tweet, the tech billionaire responded to Schwab’s opening remarks for the 2023 annual WEF meeting in Davos, Switzerland.

“We couldn’t meet at a more challenging time. We are confronted with so many crises simultaneously,” said Schwab, opening the WEF’s annual meeting in Davos, Switzerland. “What does it mean to master the future?”

“I think to have a platform where all stakeholders of global society are engaged,” Schwab continued, detailing governments, businesses, civil societies, and younger generation members connected to the WEF.

Scott Adams shared video of Schwab, saying he was skeptical of “anything that can’t be explained in a sentence.”

“What exactly do they do? And why?” Adams asked.

“How is WEF/Davos even a thing? Are they trying to be the boss of Earth!?”

The 2023 annual WEF meeting in Davos focuses on “Cooperation in a Fragmented World,” as the group stated their intention is to “reaffirm the value and imperative dialogues and public-private cooperation, not only to navigate the current cascading crises but, more importantly to drive tangible, system-positive change for the long term.” 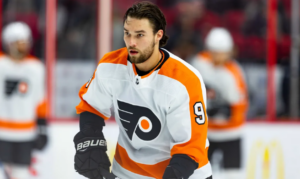