A defenseman for the Philadelphia Flyers did not warm up with his team after declining to wear a Pride-themed jersey.

The Flyers created the rainbow warm-up jerseys for its Pride Night event at the Wells Fargo Center on Jan. 17 before a game against the Anaheim Ducks. Players also warmed up with hockey sticks wrapped in rainbow tape.

Ivan Provorov elected not to wear the jersey and was subsequently not a part of the pregame warm-up. Provorov, a 26-year-old from Yaroslavl, is Russian Orthodox and said wearing the jersey would be in violation of his Christian faith. Provorov joined the team for the game, where all the players wore their standard home jerseys.

Provorov has been with the Flyers since the age of 18 after he was selected with a Number 7 pick during the 2015 NHL Draft.

John Tortorella, the Flyers’ head coach, said he never considered keeping Provorov from the game because of his decision not to wear the jersey.

Tortorella opposed pre-game protests under other circumstances. In 2016, the coach said any of his players who did not stand for the national anthem would not play during the game. Tortorella revised the stance following the civil unrest in 2020 after the death of George Floyd.

“I would hope that if one of my players wanted to protest during the anthem, he would bring it to me and we would talk about it, tell me his thoughts and what he wanted to do. From there, we would bring it to the team to discuss it, much like it’s being discussed in our country right now,” Tortorella said in an interview, per ESPN.

The Pride jerseys and sticks will be auctioned off and the proceeds going to Flyers Charities, which aims to increase diversity in hockey.

The Flyers released a statement affirming the organization’s commitment to “inclusivity” and its support of “the LGBTQ+ community.”

“Many of our players are active in their support of local LGBTQ+ organizations, and we were proud to host our annual Pride Night again this year,” the organization said.

When asked to comment on Provorov’s decision, the NHL promoted its Hockey Is For Everyone initiative “under which the League encourages Clubs to celebrate the diversity that exists in their respective markets, and to work to achieve more welcoming and inclusive environments for all fans.”

“Clubs decide whom to celebrate, when and how — with League counsel and support. Players are free to decide which initiatives to support, and we continue to encourage their voices and perspectives on social and cultural issues,” said the NHL.

The Hockey Is For Everyone campaign was launched in 2017. Each team selected one player to be an ambassador for the program and every club began selling Pride-themed shirts.

“The NHL’s celebration of Pride has gained strength and meaning over the years, and while we take this month to honor those who are accelerating inclusion in the sport, our aim is to continue to improve hockey experiences for all who identify as lesbian, gay, bisexual, transgender and queer,” said Kim Davis, NHL Senior Executive Vice President of Social Impact, Growth Initiatives and Legislative Affairs, of the initiative in June 2021. 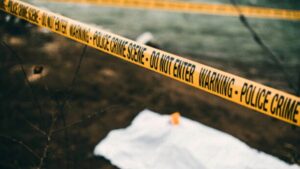