U.S. homicide rates are spiking, but the overwhelming majority of murders are concentrated in just a handful of counties throughout the country, according to new data from the Crime Prevention Research Center (CPRC).

Overall, murder is largely a phenomenon limited to densely-populated urban areas, and only a few of them.

Just 31 counties (the worst one percent) hold 21 percent of the population and are responsible for 42 percent of all murders in the U.S.

The worst two percent of counties have 56 percent of the nation’s murders.

And the worst five percent of counties in the U.S. hold nearly half of the population (47 percent) and account for a staggering 73 percent of all murders in America.

CNN reported that the U.S. homicide rate rose 30 percent between 2019 and 2020, calling the surge “the highest increase recorded in modern history.”

“Murder isn’t a nationwide problem,” CPRC President John R. Lott Jr. wrote in the report. “It’s a problem in a small set of urban areas and even in those counties murders are concentrated in small areas inside them, and any solution must reduce those murders.”

The worst five areas in the country for homicides are:

By contrast, the safest 40 percent of L.A. counties are responsible for just one percent of murders.

The data also show an inverse correlation between gun ownership and homicide rates. “Suburban households are 37.9 percent more likely to own guns than urban households,” Lott writes, noting “that so much of the country has both very high gun ownership rates and zero murders.”

Overall, 70 percent of the counties across the entire U.S. are responsible for only three percent of annual homicides. 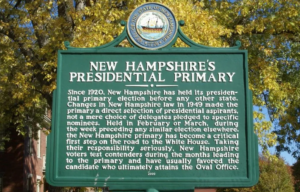