UN Says Iran Closer Than Ever To Nuclear Weapon

Iran has increased its stockpile of highly enriched uranium to a record high, reaching its closest point ever to having enough weapons-grade material to create a nuclear weapon, according to a new report.

“In a confidential report circulated to members, the International Atomic Energy Agency reported that as of Feb. 19, Iran has 33.2 kilograms of 60% enriched material, up from 17.7 kilograms in early November when the agency last reported. It is the most highly enriched uranium ever recorded for Iran,” The Wall Street Journal reported. “Iran would need around 40 kilograms of 60% enriched uranium to produce enough weapons-grade nuclear fuel, which needs to be enriched to around 90%, for a weapon. Iran says its nuclear program is for purely peaceful purposes.”

The news comes as negotiators from the United States, Britain, France, Germany, Russia and China meet with Iranian officials in Vienna to try to return to the 2015 Iran nuclear deal, also known as the Joint Comprehensive Plan of Action (JCPOA).

The JCPOA – which the United States withdrew from in 2018 – was controversial due to its questionable efficacy and it allowing Iran to use the estimated $100 to $150 billion it acquired from the deal to fund terrorism in the Middle East.

For example, Palestinian terrorist organizations attacking Israel have been funded by Iran. In a transcript provided by the Middle East Media Research Institute (MEMRI), a watchdog organization which monitors foreign media, Palestinian Islamic Jihad Official Ramez Al-Halabi said, “The mujahideen in Gaza and in Lebanon use Iranian weapons to strike the Zionists. We buy our weapons with Iranian money. An important part of our activity is under the supervision of Iranian experts. The contours of the victories in Palestine as of late were outlined with the blood of Qasem Soleimani, Iranian blood.”

“I am not sorry, I am proud to say that the rockets that are used to pound Tel Aviv have an Iranian signature on them, the signature of Qasem Soleimani. The Kornet missiles that we use to blow up the Israeli tanks – the pride of the Israeli and global defense industry – are the Kornet missiles of Qasem Soleimani and Iran. The guns that we use to shoot at the Israeli enemy… Those who use these guns were trained by our brothers in the IRGC. We say this loud and clear.”

Additionally, Iran did not abide by the agreements of the deal.

A 2016 German intelligence report also revealed that Iran was continuing to increase its nuclear stockpile, warning, “it is safe to expect that Iran will continue its intensive procurement activities in Germany using clandestine methods to achieve its objectives.” 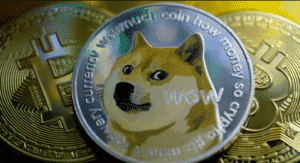 AMC Will Accept Dogecoin and Shiba Inu Coin, Use BitPay This Spring