AMC Will Accept Dogecoin and Shiba Inu Coin, Use BitPay This Spring

Movie theater chain AMC will increase the types of cryptocurrencies it will accept, adding Dogecoin and Shiba Inu coins to its list.

Patrons have the option of buying tickets to screenings via BitPay on the AMC website. The company expects to add BitPay to its mobile apps by April 16.

The chain has accepted Bitcoin, Ethereum, Bitcoin Cash and Litecoin since November of 2021.

This might rev up the Cryptocurrency fans amongst you. AMC IT says that BitPay will be live for AMC online payments on our web site by March 19, and live on our mobile apps by April 16. Possibly a few days earlier. BitPay, and therefore soon AMC, accepts Doge Coin and Shiba Inu. pic.twitter.com/M8lM3Rz2vY

AMC, the world’s largest theater chain, reported particularly devastating losses. It closed over 1,000 theaters after the onset of the global pandemic and had to furlough or lay off thousands of its employees.

AMC slowly began to recover in 2021 as movie theaters in major cities began to reopen. By last March, 527 of the 589 American locations were open, as were 78 of 356 international locations. Notably, some locations had a reduced capacity.

Aron reported this week that approximately 60 million people went to an AMC theater in 2021, significantly surpassing the 2020 total of 8 million.

The company generated $220 million in operating cash and had $1.8 billion in year-end liquidity.

Engadget reports, “AMC almost went bankrupt due to the pandemic last year, but it was saved in part thanks to an army of day traders on Reddit and Twitter that sent its stocks soaring by around 2,300 percent.”

Aron began engaging with shareholders on social media and discussing business ideas with them directly.

The online interest in AMC — and its status as a so-called “meme stock” — inspired the CEO to embrace cryptocurrency.

In September 2021, he asked if AMC should accept Dogecoin through a Twitter poll. Over 10,000 people responded within 20 minutes. Approximately 70% were in favor of the addition of the meme-inspired coin.

He announced on a call with investors on Nov. 8 that AMC would accept cryptocurrency for gift cards and would work to accept crypto payments in lieu of traditional currency.

“I look at these millions of individual investors, who really came on the scene in the last six months, they’re the owners of my company,” said Aron during an August interview with CNBC. “They don’t work for me, I work for them. They’re my bosses. … We are certainly interested in the suggestions that are flowing to us from the owners of our company.”

When Aron announced on Nov. 12 that the company would accept the four forms of cryptocurrency in addition to Apple Pay, Google Pay, and PayPal, AMC had earned $763.2 million in actual revenue.

Speaking during an investor call on March 2, Aron dismissed speculations that brick-and-mortar movie theaters were terminal with the advancement of online streaming.

“There are so much conventional wisdom floating around that movie theaters cannot co-exist and cannot thrive in a world of streaming. What a load of like cow dung,” Aron said. “There, that cleans that up nicely. What a load of cow dung.” 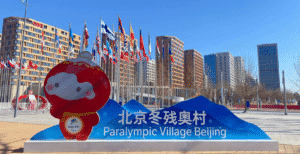