Less than 24 hours earlier, the organizers said it would allow the athletes to compete

The International Paralympic Committee reversed its previous decision and banned athletes from Russia and Belarus from taking part in the upcoming Winter Olympics.

Organizers said on March 2 that the athletes would be permitted to compete despite Russia’s invasion of Ukraine. Athletes from the allied nations were prohibited from wearing their national color, flag or other patriotic symbols and were to be considered neutral athletes.

The announcement angered many other Olympic competitors and reportedly led to a tense atmosphere at the Olympic Village. Due to COVID-19 quarantine restrictions, athletes have already arrived in China for the Games.

Latvia announced its curlers would not play in a scheduled group game against Russia, per MarketWatch.

Ukrainian athletes published an open letter asking that the paralympic committees from both Russia and Belarus be suspended.

“Russia’s invasion of Ukraine, supported by Belarus, is a clear breach of the Olympic and Paralympic Charters — a breach that must be met with strong sanctions,” said the letter, which was signed by 20 countries.

In its March 3 announcement, the IPC said it had not anticipated the amount of negative backlash its decision would cause.

“The war has now come to these Games and behind the scenes many governments are having an influence on our cherished event,” IPC President Andrew Parsons said in the statement. “We were trying to protect the Games from war.”

He said his organization generally thinks sports and politics “should not mix.”

“What is clear is that the rapidly escalating situation has now put us in a unique and impossible position so close to the start of the Games,” he said.

“We don’t have reports of any specific incidents of aggression or anything like that,” Parsons added. “But it was a very, very volatile environment in the (Athletes) Village.”

In the 12 hours following the IPC’s original decision, Parsons said an “overwhelming number of members” contacted the organization to express their discontent.

“They have told us that if we do not reconsider our decision, it is now likely to have grave consequences for the Beijing 2022 Paralympic Winter Games. Multiple NPCs, some of which have been contacted by their governments, teams and athletes, are threatening not to compete,” Parsons said.

Following the IPC’s new decision, 71 Russians and 12 Belarusians will be sent home.

“No one is happy with the decision but certainly this is the best decision for the Paralympic Games to go ahead,” Parsons said.

The 2022 Paralympics Winter Games are set to open on March 13 in Beijing. 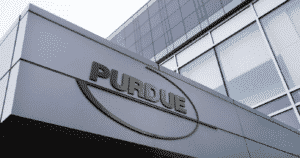