The resolution is not a legally binding agreement

The United Nations General Assembly Voted to demand Russia stop its invasion of Ukraine and withdraw its force from the nation.

The “Aggression against Ukraine” vote was held during an emergency session on March 2 with a 141-5 result.

In addition to Russia, Belarus, Syria, Eritrea, and North Korea opposed the measure.

China and India were among the 35 abstentions, as were Cuba and Nicaragua.

Cuba, which is regarded as an ally of Russia, has blamed the conflict on NATO and its desire to expand. Ambassador Pedro Luis Cuesta argued during the session that the alliance had ignored Russia’s security concerns and delivered modern weapons to Ukriane.

He said the measure “suffers from lack of balance” and failed to acknowledge the “responsibility of those who took aggressive actions which precipitated the escalation of this conflict.”

Ambassador Zhang Jun of China said during the meeting that the situation in Ukriane was “heartbreaking” and that his country was committed to international sovereignty and territorial integrity.

“The top priority right now is to ease the situation on the ground as much as possible, and prevent the situation from escalating or even getting out of control,” Zhang said, explaining China’s abstention.

U.S. Ambassador to the United Nations Linda Thomas-Greenfield spoke in favor of the resolution and urged the assembly to hold Russia accountable. She argued Russia was moving heavy weapons into Ukraine and was likely to increase its attack.

“This is an extraordinary moment,” Thomas-Greenfield said, per Reuters. “Now, at more than any other point in recent history, the United Nations is being challenged.”

This emergency session was first held by the assembly since 1997. Russia had successfully vetoed a similar resolution from the Security Council on Feb. 25.

“Russia is responsible for the devastating abuses of human rights and the international humanitarian crisis that we are watching unfold in Ukraine in real time. There is no room for excuses or equivocation. Russia is to blame,” he said in a statement, per The Hill.

In a statement following the vote, U.S. Secretary of State Antony Blinken told the media, “As 141 member states of the United Nations know, more is at stake even than the conflict in Ukraine itself. This is a threat to the security of Europe and the entire rules-based order.”

Resolutions passed by the General Assembly are not binding but rather serve as a barometer of international opinion. Over 120 countries gave speeches during the two days leading up to the vote. 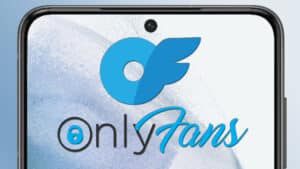