A report from the Ukrainian press claims that the seventh paragraph of the Russian mobilization announcement does not limit Putin’s administration to just a 300,000 troop surge, but instead allows the military to conscript up to one million Russians for the war effort.

Novaya Gazeta, a Russian publication often critical of the regime that had its print license revoked earlier this month and relocated to Latvia, reported that a source within Putin’s administration discussed the decision to classify the paragraph detailing the scope of the mobilization effort. The source, who was not named by Novaya Gazeta, said that the classification request came from the Ministry of Defense and that the ministry originally wanted the entire text to be classified.

A source in another ministry told the Russian publication that they were unable to view the complete text of the file from their internal interdepartmental document management system. The source also explained that this was atypical and that, under normal circumstances, he would have access to classified portions via the management system.

On Sept. 21, Russian President Vladimir Putin announced a mobilization which, at that time, was characterized as only a partial mobilization. When the decree was published, paragraph seven was kept classified for official use only. When media inquiries were made into the contents of that paragraph, Russian authorities refused to reveal any further information.

TASS, the Russian state-owned news agency, reported that Dmitry Peskov, Putin’s press secretary, said that the seventh paragraph is strictly for “official use” and that he could not explain its contents any further than to say the paragraph dealt with the number and manner of reservists that would be called up. However, the Kremlin’s press secretary maintained that, despite the number being classified, the decree only concerned 300,000 Russians.

“The only thing I can say is that Sergei Kozhugetovich Shoigu said in his interview ‘300 thousand people.’ Here we are talking about the number of up to 300 thousand people,” Peskov said, opting not to explain why this information was classified.

According to Ukrainska Pravda, the “hidden 7th paragraph” of the mobilization decree authorizes the Russian Ministry of Defense to mobilize up to one million Russians for the war effort in Ukraine, despite Russian authorities, including President Vladimir Putin, suggesting that only Russians with prior military experience and specialized training would be mobilized. This number was projected by the Russians to be roughly 300,000 troops.

Peskov has denied the report, calling it a “lie.”

Ukrainska Pravda is currently owned by Dragon Capital, an investment management business that has focused on real estate development and speculation in Ukraine, of which George Soros is an investing partner. 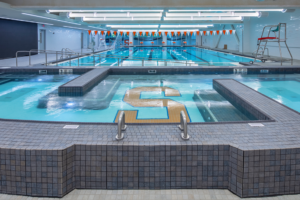