A group of Muslim women is lobbying Syracuse University to add women-only hours at the pool.

The women say their Islamic religious beliefs require them to be fully covered in the presence of men, leaving them unable to use the co-ed pool.

“I’m not able to exercise. I’m not able to have fun in the pool, or even learn how to swim,” student Hawa Omar told the school newspaper, The Daily Orange. She and other Muslim students have said Arch’s pool at the Barnes Center does not properly accommodate them.

In addition to setting aside a specific time exclusively for women, the group wants the university to install curtains to block men from seeing into the pool through the windows and glass doors.

“I’m sure it’s not only Muslims, I think there’ll be a lot of female students that would benefit from it because not everyone is comfortable with all genders swimming (together),” Rayan Mohamed, an SU freshman and member of the Muslim Students Association, told The Daily Orange.

Mariam Abdelghany, the MSA Administrator, has suggested the school set up women’s hours at the Sibley pool at the Women’s Building. She said the pool is less exposed and already used by fewer people.

Women-only hours at pools have sparked a debate in cities across the country, with some saying the request is religious accommodation, not special treatment while others saying it is equivalent to gender-based discrimination.

In November of 2013, residents and City Council members in Tukwila, Washington “raised concerns that the women-only swims amount to gender inequality — with some going as far as to call it reminiscent of the Jim Crow era of separate accommodations,” per The Seattle Times.

“I’m concerned that launching evermore segregation of women in our society will cause women to be more marginalized than they are right now,” resident Jacque Carroll told the outlet.

In 2016, a New York City municipal pool was accused of violating the constitution’s laws separating church and state by offering women-only swimming hours for Hasidic women.

“New Yorkers … have every right to limit their swimming in accordance with their religious beliefs, but they have no right to impose a regime of gender discrimination on a public pool,” said Donna Lieberman, executive director of the New York Civil Liberties Union, per WTNH.

“Maintaining limited women-only swim hours at these pools will allow all women to enjoy the pool without being asked to compromise their religious beliefs or affiliations and will have a minimal impact on other community members’ ability to access the pool,” said Commission on Human Rights spokesman Seth Hoy in a statement.

According to the Pew Research Center, America’s Muslim population is projected to double in the next decade. Researchers predict that, due to a higher than average birth rate and immigration, there will be 6.2 million Muslims in the country by 2030. 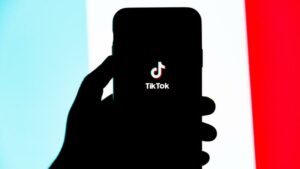