Ukraine Will Need $5 Billion Each Month to Keep Economy Functioning

Ukraine will need approximately $5 billion each month to fund essential government services and keep its economy functioning, according to the head of the International Monetary Fund (IMF).

Kristalina Georgieva, the IMF’s managing director, told reporters during an April 20 press conference that the IMF has “been engaged very closely with [Ukraine’s Ministry of Finance] on the estimates they have provided of what would be necessary to retain the functioning of the economy over the next three months. And they came up with the number of $5 billion a month.”

Georgieva said that the IMF is uncertain about the number but they “do not think [it] is out of the likely needs of the country.”

She warned that the $5 billion is just to “keep the economy functioning,” and it does not cover the “huge” reconstruction needs of post-war Ukraine.

The IMF recently projected that Ukraine’s economy will contract by 35% this year: “therefore filling this financing gap is best done by relying on grant financing, and that is what we want to see to mobilize funds for Ukraine,” Georgieva noted.

The news comes the week after President Biden announced that the United States would be sending Ukraine an additional $800 million in military aid and is reportedly expected to announce another $800 million package for Ukraine later this week – which would bring total U.S. military aid to Ukraine since the Russian invasion began in late February to well over $3 billion.

“The Biden administration is preparing to announce another substantial military aid package for Ukraine this week, five U.S officials tell NBC News. Three officials said the package is expected to be similar in size to the $800 million one the administration announced last week,” NBC News reported. 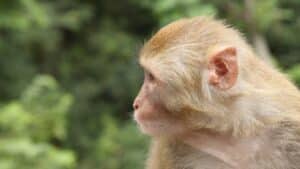