The organization has also filed a complaint with the National Institutes of Health documenting transparency violations with the tests.

“Unfortunately for taxpayers, the experiments detailed in this report provide little insight into human health. For example, in one experiment, pregnant mice were confined to a chamber, where they were forced to breathe e-cigarette vapor for hours. After giving birth, their pups underwent behavioral tests, and were then killed and their brains analyzed. However, experimenters openly acknowledged significant differences between rodent brain development and human brain development,” WCW said in their report. Those tests cost taxpayers over $900,000.

In another test, which cost taxpayers over $13,000,000 in 2021, eight female macaques were given a THC edible daily for up to four months. Their goal was to see if it affected the primate’s menstrual cycles.

Back in 2018, a story about a Maine restaurant owner went viral when it was revealed that he believed getting lobsters high on marijuana made them more relaxed prior to being cooked and eaten. Though the viral story seemed harmless for the moment it lasted in the news, it sparked an actual study costing taxpayers over $24,000,000.

“In a pun-laden press release detailing their experiments, white coats at University of California San Diego discussed their ‘efforts to answer that burning, boiling and baked question.’ It’s all fun and games when you’re playing with someone else’s money — and while the press release does indicate that the experiment received federal grants, it did not include the details the law requires,” White Coat Waste reports.

These tests all appear to be in violation of the Stevens Amendment, which requires disclosure of public funding for experiments.

“Even though taxpayers funded every experiment in this report, you wouldn’t know that from reading their press releases. We found that not a single experiment was in compliance with the Stevens Amendment, a longstanding transparency law requiring grant recipients to disclose any public funding for their experiments. Not one! We’ve filed a complaint with the NIH to hold these rogue labs accountable,” WCW said.

The report added that, “passing the Cost Openness and Spending Transparency Act, also known as the COST Act, would solve many of the problems we detail in the report. Introduced in the Senate by Sen. Joni Ernst (R-IA) and in the House by Rep. Ralph Norman (R-SC), the COST Act would enshrine the Stevens Amendment in federal law, expand its reach to cover all Executive Branch agencies, and allow taxpayer funds to be withheld from violators.”

Speaking to Timcast, White Coat Waste’s Senior VP of Advocacy and Public Policy Justin Goodman said that, “taxpayers have a right to know how much of their money is being wasted by white coats to get monkeys, lobsters and mice stoned. Rogue animal labs that break the law by not disclosing how they spend taxpayer dollars don’t deserve the public’s support and we’re urging the NIH to hold them accountable by cutting their funding.” 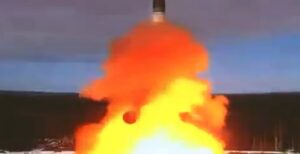