Russia’s defense ministry has announced that they held a test launch of their nuclear-capable intercontinental ballistic missile, the Sarmat, on Wednesday.

According to a report from The Hill, the missile was launched at 3:12 p.m. Moscow time from a silo at the Plesetsk State Testing Cosmodrome in the Arkhangelsk Region. The launch was reportedly successful.

Russian MoD has confirmed that they tested the Sarmat ICBM. The U.S. canceled their test of an ICBM to avoid miscalculations with Russia. The Sarmat is a heavy ICBM that can reportedly load up to 10 large warheads, 16 smaller ones, countermeasures, or hypersonic BGVs. pic.twitter.com/KtCF4QKHcS

Russian President Vladimir Putin has referred to the Sarmat as “the best in the world.”

“The new complex has the highest tactical and technical characteristics and is capable of overcoming all modern means of anti-missile defence. It has no analogues in the world and won’t have for a long time to come,” Putin said, according to a report from Reuters.

The powerful weapon can be deployed with 10 or more warheads on each missile and Putin has claimed that it can hit any country on earth.

“This truly unique weapon will strengthen the combat potential of our armed forces, reliably ensure Russia’s security from external threats and provide food for thought for those who, in the heat of frenzied aggressive rhetoric, try to threaten our country,” Putin added.

Fox News reports that the Sarmat “is a heavy missile, intended to replace the Soviet-made Voyevoda missile which was code-named Satan by the West.” Russia has been working on its development since the early 2000s.

It is designed to elude anti-missile defense systems with a short initial boost phase, giving enemy surveillance systems a tiny window to track, according to NDTV.

The test comes amid the ongoing conflict between Russia and Ukraine, which began on  February 24. 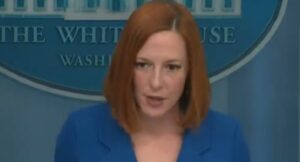