White House Press Secretary Jen Psaki has walked back President Joe Biden’s comment that it’s a personal decision if people want to continue wearing masks on airplanes, or not.

When asked by a reporter on Tuesday if people should continue wearing masks for air travel, Biden said “that’s up to them.”

BIDEN, 3:30PM: “I don’t know” if we will appeal the federal ruling that struck down the mask mandate pic.twitter.com/QNMzE92B15

During Wednesday’s press briefing, a reporter asked if the comment signaled a shift in the administration away from mandates and towards “more personal responsibility.”

Psaki defends Biden saying masking is a personal decision as the administration seeks to reinstate required masking on planes and trains: “The president was answering the question quite literally, which means…we are not implementing the mask mandate because of the court order” pic.twitter.com/iiF1xDzstT

“The president was answering the question quite literally, which means, right now, we are not implementing the mask mandate because of the court order — which we disagree with — while he is still abiding by CDC guidance and we recommend Americans do that across the country,” Psaki asserted. “They’re still recommending people wear masks on airplanes.”

Psaki added that everyone wore masks while traveling on Air Force One on Tuesday.

“People are not legally bound to wear masks, so it is a point in time where it is up to people — it is their choice in that regard,” Psaki continued.

On Tuesday the Department of Justice announced that they will appeal the mask mandate ruling for commercial air travel if the CDC concludes that a mandatory order remains necessary.

“The Department of Justice and the Centers for Disease Control and Prevention (CDC) disagree with the district court’s decision and will appeal, subject to CDC’s conclusion that the order remains necessary for public health. The Department continues to believe that the order requiring masking in the transportation corridor is a valid exercise of the authority Congress has given CDC to protect the public health. That is an important authority the Department will continue to work to preserve,” the DOJ said in a statement.

“On April 13, 2022, before the district court’s decision, CDC explained that the order would remain in effect while it assessed current public health conditions, and that the Transportation Security Administration would extend its directive implementing the order until May 3 to facilitate CDC’s assessment,” the statement continued. “If CDC concludes that a mandatory order remains necessary for the public’s health after that assessment, the Department of Justice will appeal the district court’s decision.” 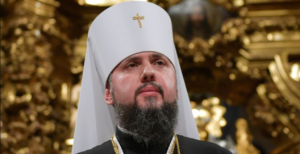