The U.N. Secretary-General has urged Russia and Ukraine to observe a ceasefire during the upcoming religious holidays

The leader of Ukraine’s Orthodox church has advised the nation’s faithful from attending evening Easter services in part of the country still impacted by fighting.

Orthodox Christians use the Julian calendar, not the Western Georgian calendar. Accordingly, Orthodox Easter falls on April 24 this year.

Metropolitan Epifaniy, who was installed as head of the church in 2019 at the Kyiv St. Sophia’s Cathedral, issued his warning to church-goers on April 20 through a televised address.

“It is hard to believe this will really happen, because the enemy is trying to completely destroy us,” he said.

The religious leader expressed doubt that Russian forces would observe a temporary ceasefire in honor of the Easter Holidays that has been proposed by the Ukrainian association of churches and religious communities.

“Ukrainian church leaders have been at odds with Russia since Ukraine formed a new Orthodox church in 2018, ending centuries of religious ties with Moscow,” reports Reuters. “Both Ukrainians and Russians are predominantly Orthodox Christians.”

The United Nations Secretary-General Antonio Guterres called for a “humanitarian pause” in fighting during the four-day Orthodox Holy Week period.

“The onslaught and terrible toll on civilians we have seen so far could pale in comparison to the horror that lies ahead. This cannot be allowed to happen,” he told reporters on April 19.

He implored the two nations “to silence the guns and forge a path to safety for so many at immediate risk.”

He also said the pause would allow for the distribution of humanitarian aid in Mariupol, Donetsk, Luhansk and Kherson, noted The New York Post.

“The four-day Easter period should be a moment to unite around saving lives and furthering dialogue to end the suffering in Ukraine,” Guterres said.

In his address, Epifaniy said morning and afternoon Easter services could proceed. He told the faithful that they could also watch services online.

He also advised priests to avoid crowds in churches.

His announcement comes days after the Russian Defense Ministry said Ukrainian special forces had plans to shell Orthodox churches on the night of Easter.

Speaking at a daily briefing in Moscow, spokesman Igor Konashenkov said Russian forces were preparing mobile groups of vehicles armed with mortars in the regions of Zaporizhzhia, Mykolaiv, Odessa, Sumy, and Kharkiv to defend against the possible attacks. 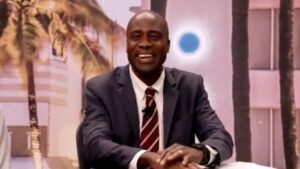