The invitation comes after Florida Governor Ron DeSantis encouraged his state’s legislature to end Walt Disney World’s ability to self-govern, which it has done since 1967.

“Disney is a guest in Florida. Today, we remind them,” said state Representative Randy Fine, who introduced the proposal during a special session, on Twitter.

DeSantis also said on April 19 that he intended to take action against Twitter after its board opted to implement a poison pill tactic to prevent technology entrepreneur Elon Musk from purchasing the social media platform.

“We’re going to be looking at ways that the state of Florida potentially can be holding these Twitter board of directors accountable for breaching their fiduciary duty. So stay tuned on that,” DeSantis said at a press event.

Just hours later after the Florida Senate’s vote, Polis took to Twitter to encourage the major companies to relocate to Colorado.

“Florida’s authoritarian socialist attacks on the private sector are driving businesses away,” the governor wrote. “Hey @Disney we’re ready for Mountain Disneyland and @twitter we’re ready for Twitter HQ2, whoever your owners are.”

Florida’s authoritarian socialist attacks on the private sector are driving businesses away. In CO, we don’t meddle in affairs of companies like @Disney or @Twitter. Hey @Disney we’re ready for Mountain Disneyland and @twitter we’re ready for Twitter HQ2, whoever your owners are https://t.co/r7Vcvu20eb

In another message on the platform, Polis said his government would “grant Mickey and Minnie full asylum in Colorado.”

State governments would be well advised to NOT give special tax deals to companies. Being a state that supports equal playing field for all businesses will draw what people really want.

“The feud between DeSantis and Disney stems from CEO Bob Chapek speaking out against Florida’s so-called ‘Don’t Say Gay’ law, which prohibits discussion of gender identity and sexual orientation in public schools from kindergarten through third grade,” reports The Hill.

The bill, which also guarantees parents to be informed about health care services provided at their student’s school, was signed into law by DeSantis on March 28.

“Parents’ rights have been increasingly under assault around the nation, but in Florida we stand up for the rights of parents and the fundamental role they play in the education of their children,” said Governor Ron DeSantis in a statement. 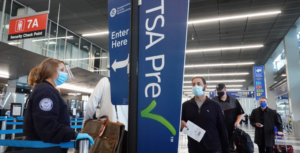